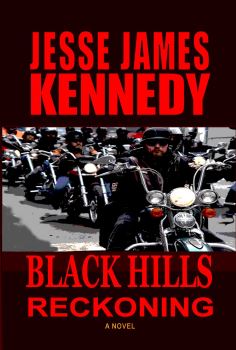 The McCray boys are back, all three of them out to square accounts with the Grease Monkey Mafia biker gang for the murder of their cousin Tracy. The message is blunt: “We’re coming for every one of you.” With FBI agents closing in—including Jill Murphy—the McCrays are about to set the Black Hills on fire. Tough-minded, vividly written, and sharply observed, here is a worthy third installment in the McCray saga.

The book is the third in a trilogy, so both the plot and characters were pre-determined, but in general it is always the characters that come first. 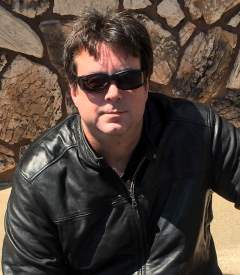 It all really started with Fyodor Dostoevsky, who made me want to write. Writers like Daniel Woodrell, Elmore Leonard, and John C. Boland pulled me toward crime novels. Woodrell showed me I could write successful novels about the region and storylines I know, Leonard taught me a lot about quirky, regional characters, and though I have yet to accomplish it, it’s on my bucket list to someday pen the kind of big, vivid vision that Boland did at the end of Hominid. I would also say that Quentin Tarantino has had an effect on me stylistically.

This book completes a trilogy about a family of backwoods Missouri marijuana farmers. I wish someone, someone with the right connections, would ask if I would be interested in writing a screenplay version and of course my answer would be YES! I’ve already written a screenplay to the first novel, Missouri Homegrown, and I’m toying with the idea of breaking all three books up into nine episodes and pitching it as a series. So if the right person is reading this, please, give me a shout!

Jesse James Kennedy is an American novelist and poet born in St. Louis, Missouri. After a brief stint in the Army, he spent a good decade running wild, reading and sharpening his writing skills. His first novel, Missouri Homegrown, was published by Perfect Crime Books to strong national reviews from Publishers Weekly and Booklist. His second novel, Tijuana Mean, was accepted by the same publisher and received a strong national review from Booklist. He’s had poems included in the international anthology, Yearnings, a short horror story published in the Halloween anthology House of Horrors 2 by Alien Buddha Press, and micro-fiction published in Lummox 9 Poetry Compilation. His third novel, BLACK HILLS RECKONING, is due to be published in June by Perfect Crime Books.

To learn more about the author and his work, please visit his Facebook page.