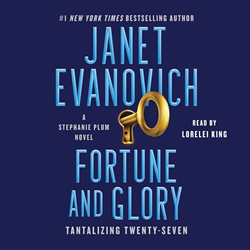 It may seem strange to combine humor and crime, but there are many authors who have built their careers on providing us with opportunities to laugh through deadly situations. It takes real talent to write such stories and masterful narration to deliver the pace and timing required to get to the listener’s funny bone. Below is a small sampling of such listening pleasures.

If you think “funny mystery,” Janet Evanovich’s Stephanie Plum series has to come to mind. In the 27th addition to the series, FORTUNE AND GLORY, narrator Lorelei King once again uses her brilliant acting skills and a stable of voices to deliver the familiar characters and their oh-so-quirky personalities. Much humor is woven into the slapstick scenes, too.

The multi-award-winning King also narrates Darynda Jones’s Sunshine Vicram series. A BAD DAY FOR SUNSHINE (Book 1), a funny, character-driven crime audiobook, was an Audies finalist in the mystery category. The humor comes through in the dialogue and the self-reflections of Sunshine Vicram, the police chief in a small New Mexico town. As with Evanovich’s Stephanie Plum series, there are some elements of the romance genre here, too. Fans can look forward to the second book in the series, due out in July: A Good Day for Chardonnay, again narrated by King.

FINLAY DONOVAN IS KILLING IT, by Elle Cosimano and narrated by Angela Dawe, is a fast-paced, very funny comedy of errors. From the first sentence, listeners will be laughing their way through the misery and mishaps of Finlay Donovan. Angela Dawe has a lot of experience narrating romantic fiction, historical fiction, and mysteries. She draws listeners quickly into this audiobook with its witty dialogue and is able to masterfully perform male and female characters, including young children. This one is a really fun ride. 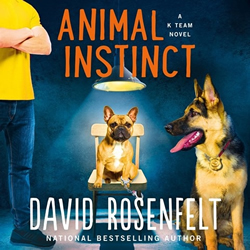 For funny mysteries with a male lead, there’s David Rosenfelt’s latest series, THE K TEAM. The second book in this series, ANIMAL INSTINCT, features many of the characters and the same sarcastically witty dialogue found in Rosenfelt’s Andy Carpenter series. Narrator Fred Berman is key to delivering the lines in a way that brings out the funny. The story here is a serious private investigator/legal procedural, but the humor is salted throughout with dialogue, quirky characters, and lots of dog-related comments. These aren’t laugh-aloud kinds of audiobooks—think more of a chuckle-and-snicker experience. But they’re definitely enjoyable, entertaining, and worth a listen.

Looking for audiobooks that cause others to stare at you because you are laughing out loud? Try Carl Hiaasen. His most recent audiobook, SQUEEZE ME, narrated by Golden Voice Scott Brick, earned an Earphones Award. The plot centers on Donald Trump and his friends in the wealthy enclaves of Palm Beach. It’s filled with Hiaasen’s biting sense of humor and provides a window into the weirdness of Florida. Hiaasen recently retired from writing for The Miami Herald after 36 years. His final column conveys his love/hate relationship with the state in which he was born and raised—and of course it’s funny.

We can all use a good laugh as we fight our way out of these crazy unpredictable times. Enjoy!

Mystery & Suspense Audiobooks for May from AudioFile Magazine

AudioFile is happy to present some new mystery audiobooks for May. Looking for something thrilling? Janet Evanovich is back with the seventh book in her Fox and O’Hare series, this time partnering up with fellow ITW member Steve Hamilton for a nonstop action-packed audiobook narrated by Scott Brick. In the mood for a laugh? Try ITW member Elle Cosimano’s FINLAY DONOVAN IS KILLING IT—narrator Angela Dawe will have you laughing out loud. Talented narrators abound in these compelling listens, which include police procedurals, short stories, and a sci-fi mystery set in the near future. 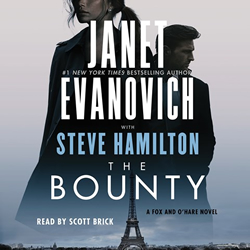 This seventh book in the Fox and O’Hare series is the first partnering of Evanovich with award-winning thriller author Steve Hamilton. The result is a nonstop action-packed audiobook. Scott Brick delivers the cool, confident con man turned FBI consultant Nick Fox and his FBI minder and love interest, Kate O’Hare. They are joined by Kate’s and Nick’s fathers on a mission to uncover long-buried Nazi gold before the villains find it. Brick keeps up with the intense pace and quick dialogue. 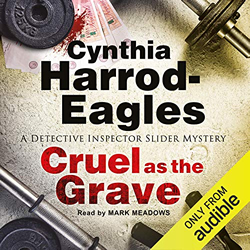 CRUEL AS THE GRAVE

If you’re in the mood for a witty, engaging British police procedural, listen to this 22nd addition to the DCI Bill Slider series for a real treat. Narrator Mark Meadows expertly conveys the personalities of the key characters through pacing, accents, and dramatic expressiveness. Listeners will accompany Slider and his team through London as they dig into the life of murder victim Erik Lingoss, a personal trainer who provided extra benefits to his wealthy clientele. The many puns, witticisms, and literary allusions heighten the listener’s enjoyment of this audiobook. 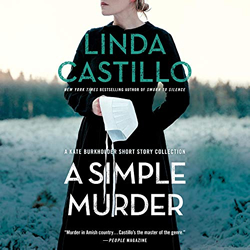 Narrator Kathleen McInerney returns to perform this collection of six short stories featuring Chief of Police Kate Burkholder. The stories focus on challenging domestic situations involving young women in the Amish community. McInerney manages through tone, pace, and intonation to differentiate males and females, young and old, as well as voice the Amish words that are woven throughout. McInerney raises the tension in each story through her dramatic performances. The story collection provides listeners with an exceptionally engaging audiobook, delivered with skill. 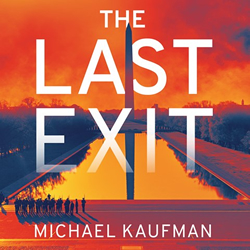 In this sci-fi mystery set in a richly imagined near future, listeners are introduced to Washington, DC, detective Jen Lu and Chandler, a piece of AI technology implanted in Jen’s brain. The two make for unlikely partners as they tackle an insidious conspiracy in this launch of a promising series. Emily Woo Zeller brings a thoughtful, nuanced humanity to Jen and the supporting characters. JD Jackson makes Chandler sound like both a brash, wisecracking cop and an AI entity in its intellectual adolescence.