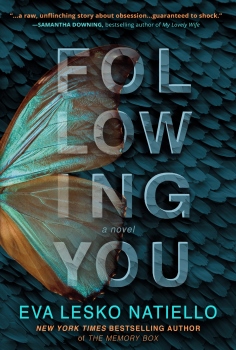 It’s New Year’s Eve. Shae Wilmont, the adored celebrity host of IShop—a popular shopping site—is ready to reclaim her life. Her stalker has been caught. But en route to a party, a harrowing encounter lands her in the wrong place at the wrong time. She’s forced to make a split-second decision. She trusts her gut—it’s a devastating mistake.

Only one person knows where she ends up. It’s where no one can find her.

The plot came first. The inciting scene—which happens in a car as one character follows a colleague’s car to a New Year’s Eve party, actually happened to me. Without giving too much away, years ago, I was driving behind a friend’s car as he led me to a party. I don’t know anything about cars (expect color!) and so one little silver car looks pretty much like any other little silver car, and after thirty minutes of driving to a party that should have taken fifteen minutes, through detours and traffic and road closures and red lights, I realized I had been following the wrong little silver car. I knew immediately that this should be a scene for my next thriller. Now to get the protagonist to actually follow the wrong person into the wrong house! 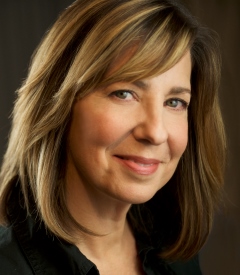 One of the biggest challenges was creating a character who had experienced an identity crisis her entire life. How do you write a character who doesn’t know who she is? Her life is a dichotomy in that she is a public figure, and her fans believe they know exactly who she is. She’s very good at being who people want her to be. The opportunity was allowing her to discover herself once dark secrets of her childhood are revealed.

The protagonist, Shae Wilmont, is a celebrity host of IShop—a popular shopping site. My research for Shae and IShop consisted of visiting the QVC studios in West Chester, PA. I took the studio behind-the-scenes tour several times in order to understand how it functioned and what might a host experience in her day-to-day life working there. It was incredibly fun and eye-opening!

Eva Lesko Natiello is the award-winning New York Times and USA Today bestselling author of The Memory Box and FOLLOWING YOU (2021). She is a former cosmetics industry executive and lives and writes in New Jersey.