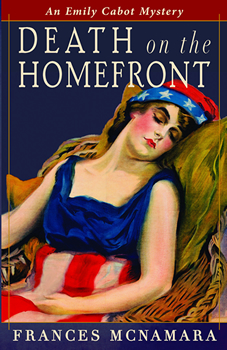 With the United States on the verge of entering World War I, tensions run high in Chicago in the spring of 1917, and the city simmers with anti-German sentiment mixed with virulent patriotism. Shockingly, amateur sleuth Emily Cabot is present when a young Chicago woman, who is about to make a brilliant society marriage, is murdered. Was her death retaliation for her pacifist activities, or was it linked to her romantic entanglements? Emily has a personal connection to the woman, but she’s torn between her determination to solve the murder and her deep need to protect her newly adult children from the realities of a new world. As the country’s entry into the war unfolds, Emily watches with trepidation as her sons and daughter make questionable choices about their own futures. Violent worker unrest and the tumultuous arena of automobile racing provide an emotionally charged backdrop for this compelling mystery.

The Big Thrill caught up to Frances McNamara to learn more about her latest mystery,  DEATH ON THE HOMEFRONT:

In Book 8 of the Emily Cabot Mysteries, my protagonist is now in her 40s with children just reaching adulthood, Chicago is the setting for most of the books (Allium’s motto is “rescuing Chicago from Capone one book at a time”). So I needed to pick a time period. WWI was the next one I wanted to tackle. 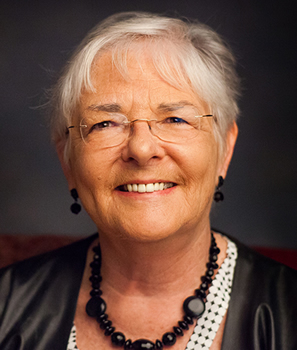 The propaganda of the “Four Minute Men” who gave rah rah speeches in between reels of film at movie theaters. Chicago mayor Thompson’s refusal to support the war because of his German American voters. Vigilantes of the American Protective League.

Steven Saylor and Laurie R. King. For how to tell a good story against a background of historical events, and for a great first person voice.

History is much more surprising and intriguing than what we learn in academic overviews. Reading newspapers and memoirs of the time you find out people faced many of the same dilemmas we fact so long after them. I love finding real people I never heard of who really deserve to be remembered and bringing them to life.

Frances McNamara grew up in Boston, where her father served as police commissioner for ten years. She has degrees from Mount Holyoke and Simmons Colleges, and recently retired from the University of Chicago. She now divides her time between Boston and Cape Cod.