An Affinity for “Bad Guys” 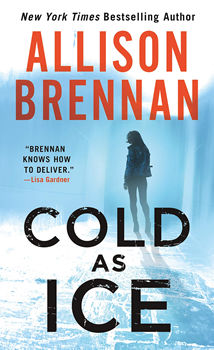 With 19 awards and more than 50 novels under her belt, Allison Brennan knows a thing or two about writing thrillers. Reviewers have called the New York Times and USA Today bestselling author “a master of suspense” and her books “mesmerizing” and “complex.” That deftness with words comes, in large part, from a lifetime spent as an avid reader.

“I’ve read mysteries since I was little,” she says. “Trixie Belden, Encyclopedia Brown, Nancy Drew, Agatha Christie. I love the puzzle of a mystery and the pacing of a thriller and the relationships of a romance. Put them all together, and that’s what I love to write—and to read. And I’ve always wanted to be a writer. Fast forward a few decades, marriage, and a couple of kids (I now have five), and I knew that if I wanted to write, I needed to find the time.”

With five children and a full-time job, that was no easy task. But Brennan was determined. She gave up television and wrote every night for two years. Finally, with four unpublished manuscripts behind her, she sold her fifth. After that, she says, “I took a leap of faith and quit my day job, turning my love of writing into a career.”

Her latest novel, COLD AS ICE, is the 17th Lucy Kinkaid/Sean Rogan novel, the longest-running of her multiple series. The contrast between Lucy, an FBI agent who—for the most part—trusts and respects the system, and Sean, a heart-of-gold mercenary who has often worked outside the law, makes for a compelling pairing. Asked about the benefits and challenges of writing a series, Brennan says, “The key benefit is that I know these characters as well (or better!) than my own children. I don’t have to create new characters from scratch (as in a standalone or the first in a series). The key challenge is that I don’t want to be bored writing the same characters but need to avoid ‘piling on’ tragedies. I want each book to be fresh and interesting and stand alone, while also having the characters grow over the course of the series. It’s a balancing act.” 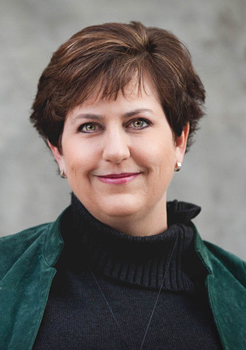 An aversion to boredom is a common theme in Brennan’s life. But with five children and a three-book-a-year schedule, she has little to worry about in that area. Throw in a generous helping of hands-on crime fiction research, and life can become downright exciting. Her adventures include attending the FBI Citizens Academy and taking a tour of the morgue, but the most fun she’s had researching was when she lived in Sacramento and had the opportunity to participate in FBI SWAT training. “I’ve been a victim, a bad guy, and a hostage,” she says, “and have learned so much from everyone who trains.”

Brennan has not only played a bad guy, she seems to have an affinity for writing them. Most years at ThrillerFest, she teaches a workshop called “The Villain’s Journey,” named after Christopher Vogler’s concept that the villain is the hero of his own journey. “I could write an entire book about the importance of your antagonist,” she says. “Instead, I’ll leave you with these two points: 1) The villain is the hero of his own journey, and 2) The villain needs to be as worthy of your hero as your hero is of the villain. The biggest flaw I find among inexperienced writers is that the motivation for their villain is weak or that their villain is a caricature. A good villain is rarely 100 percent bad.” 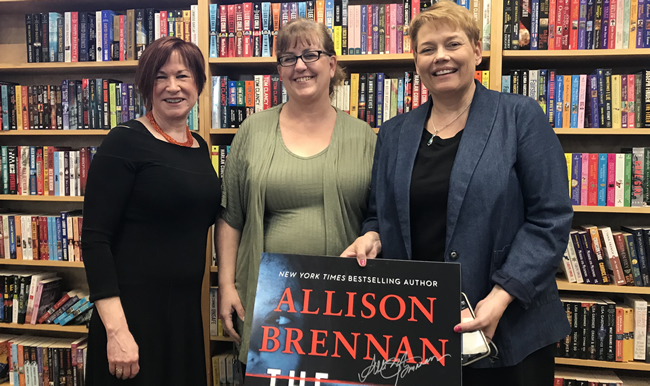 Brennan flanked by suspense authors Christina Dodd and Paige Shelton at the Poisoned Pen in Scottsdale, Ariz.—the last author event she attended before the shutdown.

It was a villain who inspired COLD AS ICE. Elise, one of several antagonists in the story, was introduced in a previous book, and Brennan loved how bad she was. “She was a sociopath,” Brennan says. “She would do and say anything, and she had a backbone I admired, even in her badness. She was also young—her immaturity got her in trouble, as well as made her unpredictable. I knew as soon as I sent her to prison that she would come back one day… and when I thought of the idea of Sean being arrested for a murder he didn’t commit, I knew she’d be behind it. Everything else fell into line from there.”

Brennan is an organic writer. “I don’t plot,” she says. “Plotting gives me the heebie-jeebies.” But she’s scrupulous about her writing practice. When she worked full-time in the California State Legislature, she wrote every night from 9 p.m. to midnight, after her children went to bed. “It didn’t matter if I wrote 200 words or 2,000 words,” she says, “I put in the time.” 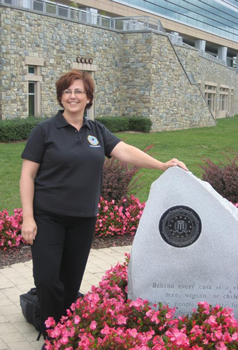 One of Brennan’s favorite research trips was a tour of the FBI Academy at Quantico, where she visited the Bureau’s state-of-the-art lab.

As a full-time writer, she still writes every day, but doesn’t have a set schedule. “Right now I’m more productive in the morning—I get up at 5 a.m., have coffee and a bagel, do a crossword and a Sudoku puzzle, and then am writing by six. By noon I’m brain dead. But a couple years ago I did my best writing late at night when everyone else was in bed and often didn’t go to sleep until 4 a.m. And sometimes I’ll write in the morning, do errands or go to my kids’ sporting events in the afternoon, and then write again after dinner. I write every day, but don’t count words. I put in the time and the book gets written. A good day will net me between 2,000 and 3,000 words, but I don’t stress over word count. Writing is also re-writing, so I could be in the middle of revisions and have a net loss of 3,000 words … but still have edited ten chapters.”

Showing up and putting in the time, day in and day out, may not sound sexy, but the reviews, rewards, and accolades speak for themselves. She’s currently finishing the third Quinn & Costa thriller, after which she plans to finish a standalone thriller set in Montana that she started several years ago and put aside. In January, she’ll begin a new series about a former US Marshal.

“I can’t wait to get started,” she says with barely contained excitement. “I’m already intrigued by the character, and I’ve only written a two-page synopsis.”