Terrorist groups such as Abu Sayyaf and Jemaah Islamiyah have flourished in recent years with new recruits joining them and ISIS-affiliates at an alarming rate. Blended operations by various Asian countries have forced the groups to work together to identify a new operational base.

They seek an island nation to call home, one where they can plot against countries who oppose their ideals. They found a target, a small nation-state, perfect for their needs: The Republic of Singapore.

Before anyone can respond, the ambassadors of the United States, Great Britain, and Australia are kidnapped from their residences in Singapore. Right index fingers of each victim are sent as a warning. Any attempt to recover the ambassadors will result in the removal of additional body parts.

Bedlam Charlie team leader, Evelyn Evinrude, leads the group to rescue the ambassadors and capture the local leaders of Abu Sayyaf and Jemaah Islamiyah. Can Bedlam succeed or will events escalate, resulting in more deaths?

The Big Thrill caught up to author and US Army veteran Randall Krzak to learn more about his latest thriller, CARNAGE IN SINGAPORE:

Unlike my first two novels, I have never lived in any of the Asian countries mentioned in the book. Therefore, I had to rely on extensive personal research as well as input from several individuals who have visited the area. Getting to meet new people from around the world who provided their guidance was a great opportunity as the friendship continues.

This book will introduce readers to different cultures–the people, their way of life and some of the difficulties they face on a regular basis in this day and age.

My favorite authors include Tom Clancy, Clive Cussler, Brad Thor, and others. Their influence led me to trying something in the same genre. 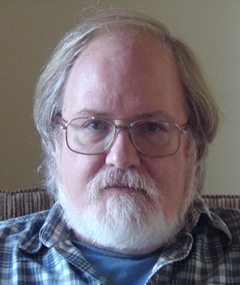 Randall Krzak is a US Army veteran and retired senior civil servant, spending almost 30 years in Europe, Africa, Central America, and the Middle East. His residency abroad qualifies him to build rich worlds in his action-adventure novels and short stories. Familiar with customs, laws, and social norms, he promotes these to create authentic characters and scenery.

Both novels competed in the 2018 Chanticleer International Books Awards (Global Thriller category). The Kurdish Connection finished as a semi-finalist, while Dangerous Alliance was one of seven First in Class winners.

He is currently working on the fourth novel in the series, Ultimate Escalation. His creative enterprise delved even further into the treacherous sphere of the drug cartel in South America, expanding the manuscript A Cartel’s Revenge into a future series.

Randall holds a general master in business administration (MBA) and an MBA with an emphasis in strategic focus, both from Heriot-Watt University, Edinburgh, Scotland. He and his wife, Sylvia, and five cats currently reside in Scotland. In addition to writing, he enjoys hiking, reading, candlemaking, pyrography, and sightseeing.