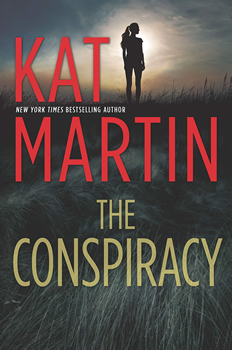 With a 30-year writing career and more than 70 historical and modern romantic suspense novels under her belt, Kat Martin knows a thing or two about what it takes to be a successful writer. In fact, her recent novel, Beyond Control, was the 15th book in a row to claim a spot on the prestigious New York Times bestseller list.

Asked about the key to her success, Martin says, “Perseverance.”

Despite that coveted bestseller status and over 17 million copies of her books in print in 20 different countries, Martin says she was never one of those authors who achieved instant success. “My career has mostly been two steps forward, one step back, changing publishers, pay cuts, and pay raises.”

Like most writers today, her biggest problem was getting her books promoted. Another was being strong enough to stand up to the people who wanted to change her into the writer they thought she should be.

“If you want to succeed,” she says, “you have to be tough enough to fight for your beliefs or walk away. Agents often don’t understand the growing curve a writer goes through. If they can’t keep up, say goodbye and find someone who will take you where you want to go.” 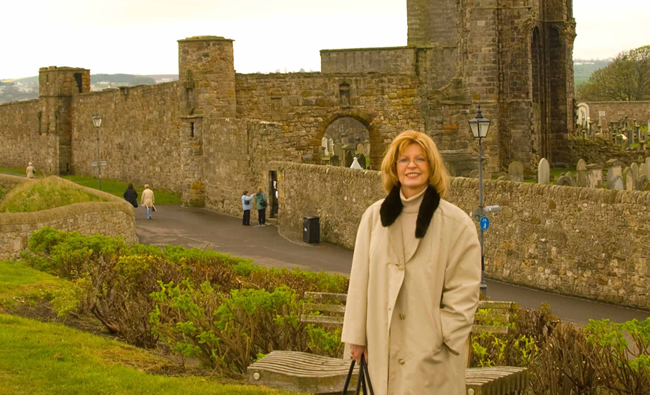 Research is an important component of Martin’s drafting process

You also have to practice the craft, something Martin and her husband, western author L. J. Martin, do a lot of. “I love writing,” Martin says. “Also, my husband loves writing, so that’s mostly what we do.”

She also does extensive research for each book. Her newest release, THE CONSPIRACY, is no exception. It’s a wild international ride full of danger, romance, and intrigue with a heaping helping of drug cartels and family drama to add flavor to the mix. 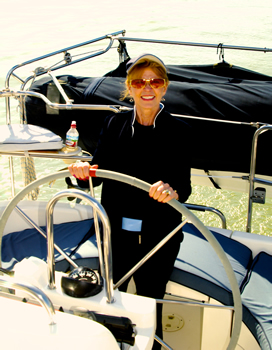 You started your fiction career writing historicals. What prompted your transition to modern thrillers?

I started with historicals because I love history, had studied it, and felt connected to the genre. But even my historicals had a lot of suspense. When I wrote my first contemporary, there was no such genre as romantic suspense. Publishers said mixing romance with suspense wouldn’t work. Only a couple of authors were writing anything like that. I wrote a book called The Silent Rose, a ghost story based on a terrifying incident that happened to my husband and me in a bed and breakfast, which I fictionalized and made into a romantic suspense. My publisher wouldn’t publish it. I sold it under a pen name to another publisher for a lot less money. The good news was, the book was nominated for a Rita and has become my all-time bestselling novel—back to press 17 times.

Where did you get the inspiration for THE CONSPIRACY?

No idea. Probably a movie or TV show, or a newspaper article I read somewhere in the past. The ideas seem to bury themselves for years, then just pop up out of nowhere.

How do you balance the romance and suspense in the book? 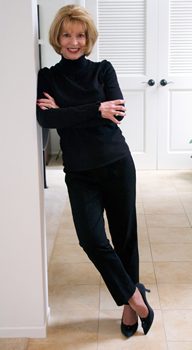 Mostly by feel. I know readers want to watch the relationship develop between the hero and heroine, but they also expect to be drawn into the danger the characters are facing. Surviving the danger and solving the mystery is how the hero and heroine get to know each other, how they discover each other’s strengths and weaknesses, and ultimately how they fall in love. In my mind, the romance and the suspense are of equal importance.

Every book offers a unique set of challenges. What were some you came up against while writing this one?

The biggest challenge was discovering that the setting, as I imagined it, wouldn’t actually work. With all the trouble in Venezuela, I thought it would be a perfect place for a portion of my high-action adventure. But as the book progressed, I realized the country was geographically wrong. I started digging, trying to find a place that would work. Turned out, Colombia had the right geography, plenty of trouble, and plenty of bad guys who conduct business with bad people in the States. Then all I had to do was research the climate and terrain, animals, indigenous tribes, and rebel armies of the Colombian rainforest. Piece of cake.

The book opens with an upscale gala in which Chase and Harper take each other’s measure, followed by a scene in which Chase saves a young girl being trafficked. Why did you choose those two scenes, in that order, as your introduction to these characters?

Though I prefer to start with action, I usually follow my instincts, and in this they led me in a different direction. I did the gala opening to give readers a hint of the sexual tension ahead, and get in some background info, but it was a little too tame for me. So I added the scene with the young girl. Since I like circular writing, the beginning worked out very well at the end. 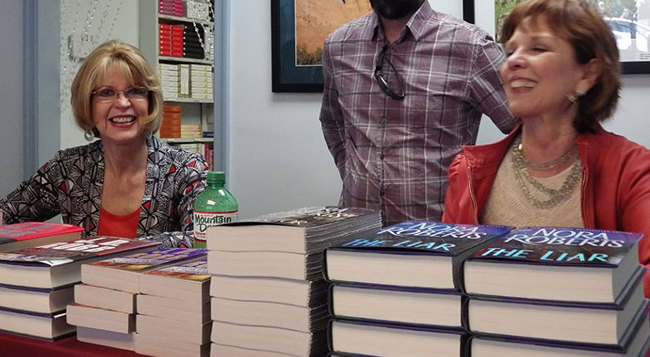 Anya Seton for historicals. A wonderful writer who knew how to take you back in time. Wilbur Smith for romantic suspense. Eagle in the Sky is the most romantic novel I’ve ever read.

What’s next? Will we see more of Harper and Chase?

THE CONSPIRACY is book #1 of my new Maximum Security series set around a detective agency in Dallas, Texas. Chase is the wealthy owner of the company, so he and Harper appear once in a while. Next comes Hawk Maddow, a bounty hunter who works in the office. You meet him in THE CONSPIRACY.