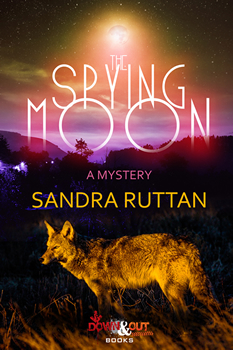 The unexplained disappearance of her mother left her an orphan, so Kendall Moreau became a police officer and pursued a posting in the town where her mother went missing. She is on her way to her first posting when she gets reassigned to a task force in Maple River, hundreds of miles from where her mother vanished.

Moreau doesn’t want to be in Maple River. Most of her team doesn’t want her there, either. She’s partnered with Nate Duncan, whose role on the task force raises suspicions amongst the team because of his family’s criminal connections, adding to Moreau’s sense of isolation.

They are assigned to investigate the death of Sammy Petersen but Duncan’s personal connection to the family and suspects threatens to compromise the investigation.

When a routine break-and-enter call produces a second body, Moreau suspects a connection to Sammy’s death. After someone breaks into her cabin and assaults her, Moreau is forced to decide who to trust. Although she’s still waiting to solve her own family mystery, Moreau is determined to give Sammy Petersen’s family the answers she never received. Can she solve the case before another teenager dies and another family is destroyed?

Sandra Ruttan, author of THE SPYING MOON, spent some time with The Big Thrill discussing her latest mystery:

It’s oddly fitting that this book is coming out in the wake of the #metoo movement. Constable Kendall Moreau is a strong female protagonist but not overbearing. Although she is driven by a personal mission (finding out what happened to her mother) she believes in doing the right thing, is committed to her job and is responsible. As a woman who is half Native and half white she has been ostracized her entire life and everywhere she turns in Maple River she faces obstacles that she has to work to overcome in order to solve a murder and try to prevent the death of another teenager. I hope readers find they can identify with her and the challenges she faces.

Racial issues are a significant part of this story. How people put limitations on others because of their culture, gender and beliefs has an impact on the events that unfold.

It started with Shiprider and has been happening for several years. There are Canadian and American police officers who operate with authority in both countries. Obama signed an act to extend this. “The creation of ‘NextGen’ teams of cross-designated officers would allow us to more effectively identify, assess, and interdict persons and organizations involved in transnational crime,” U.S. Attorney General Eric Holder said in a speech to a border conference earlier this week in Lake Placid, N.Y.

“They would also allow us to conserve precious resources, to avoid duplicative efforts, and to leverage tools and expertise.”

Holder described the threats at the Canada-U.S. border as “unprecedented,” ranging from terrorism to human smuggling, drug trafficking and the illegal trade in firearms.

When I read about this I realized that one thing I wasn’t seeing much of in crime fiction were stories about international policing in North America. A distant cousin thread of Ruttans were rum runners back in the days of prohibition and while there’s this odd perception that Canada doesn’t have crime there’s a rich tradition of cross-border smuggling. The challenges that law enforcement from two nations face when trying to stop crime intrigued me and the Shiprider program was something I hadn’t heard of before.

Moreau’s mother was a Native American woman who was raped by a white man. Prejudice against Native American women played a role in the investigation into her disappearance, which is why Moreau is still looking for answers years after her mother went missing.

One of the things that appealed to me about Ian Rankin’s Rebus series was that Rebus was a character that was committed to doing the right thing, no matter what it cost him personally or professionally. I’ve been fortunate enough to work with other award-winning and talented authors, including Allan Guthrie, who taught me a lot about writing style. James Sallis is an author who is able to create such a vivid impact with a distinct style of storytelling and I was struck by how his Lew Griffin books are really more about the mystery of the man than anything else. 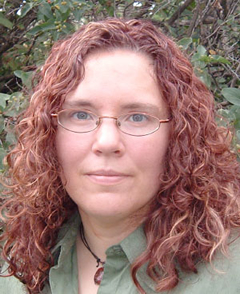 One of Sandra Ruttan’s most painful childhood memories is of her mom driving to the town dump, prying her stuffed lamb from her arms and tossing it in the garbage. She was a walking disaster in her formative years. At age eight she was hit by a car while riding her bike home and her head was cut open. Just before her ninth birthday she was running along the beach and landed on broken glass. Her foot was partially severed. The muscle had to be stitched back together, leaving some uncertainty about whether she’d walk again, and the doctor was so fed up with her screaming he told her if she didn’t shut up he’d cut her foot off.

After her tenth birthday she fell down a waterfall and almost drowned. Her later adventures have included being in Seville when they found several tons of explosives set to blow up the Semana Santa parade and being in a car crash in the Sahara Desert. There is absolutely no explanation for how she’s managed to stay alive as long as she has.

Check to see if she still has a pulse at her website.