Exploring the State Between Asleep and Awake 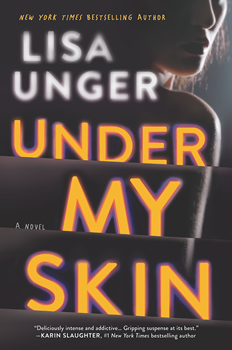 “Between the dreams of night and day, there is not so great a difference.”

The great philosopher Carl Jung may not have been talking specifically about hypnagogia—the transitional state from wakefulness to sleep—but the quote hit home for Lisa Unger, providing the foundational research for her chilling new release, UNDER MY SKIN.

Perhaps a more apt title has never been created. From the moment we are introduced to Poppy—a woman on the hunt for her husband’s killer—we are immersed in a world of darkness and a tale of suspense that indeed gets under your skin, forcing you to try and parse what is real, and what is nothing more than a hallucination, a dizzying blend of reality and dream.

“There have been other unreliable narrators in my books,” Unger says. “But even I was unsure from time to time what was real in this novel.”

Such intense character immersion can sometimes pose a risk, but while Unger admits she did worry that the book would read as confusing or as untethered as her protagonist, it isn’t something she thought too much about while drafting, a stage of her writing process she has always maintained free from outside critique.

“Writing is a very organic process for me,” she says. “There are ebbs and flows. I have no outline. I never know who is going to show up. So I have to be as comfortable in the ebb as I am in the flow.”

It’s a process that has served her well for each of her 17 published novels, several of which have topped many bestseller charts and garnered the author much-deserved praise. Her books are published in 26 languages worldwide, have sold millions of copies and have been voted “Best of the Year” or top picks by the Today show, Good Morning America, Entertainment Weekly, Amazon, Indie Booksellers, Goodreads and more. UNDER MY SKIN—releasing October 2—was named one of the most anticipated thrillers of 2018 by BookBub, Bookish, Library Journal and CrimeReads.

Impressive accolades, but Unger isn’t one to rest on her laurels. With each novel, she strives for excellence, for it to be more compelling than her last. “I’ve always been a good student, willing to learn,” she says. “I’m writing novels for the same reason I read them — to know what happens next. I never want to be predictable and I know that when I turn my book in to my editor, it’s the best it can be at that time.” 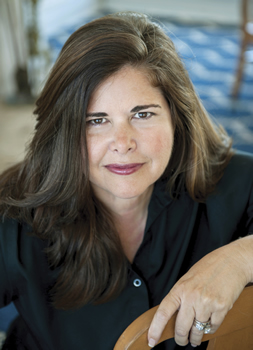 Getting it to that point is no easy task. If that first draft is free-flowing — ignoring the voices of doubt and fear and criticism to fully embrace the “magic” of writing — each subsequent draft is purposeful, systematically picked apart for readability, character development, authenticity, and pacing.

Over time, she’s learned to respect her instincts, and adhere to her personal writing rules, including the need to maintain a strict work/life balance.

“I’m a mother and an author, which are both high level roles,” she says. “In my experience, all the stress comes from when those roles intersect or overlap. I’ve had to be clear, and create strict lines.”

Setting those boundaries has not only diminished stress but also provided her with the motivation to emerge from the darkness that comes from immersing in a character or fictional world.

While she might not classify UNDER MY SKIN as her “darkest” novel — last year’s The Red Hunter is arguably darker — it adheres to some of the same themes and archetypes that run through her novels. In this case, what she discovered when researching the realm of dreams.

“We spend about 229,000 hours — or one third — of our lives asleep,” she says. “And yet, it’s amazing how little we know about that state. How are the conversations and situations we have in our sleep any less real than those in our waking hours? Most people don’t know what hypnagogia means, but that state between wakefulness and sleep fascinates me.”

Unger’s research then led her to learn more about the symptoms of post traumatic stress syndrome, when she discovered that many who suffer this condition are susceptible to sleep deprivation. It was then that Unger began to hear Poppy’s voice — and the story itself began to emerge on the page.

With UNDER MY SKIN set for release, new voices have started making their way into Unger’s head, but she’s not able to talk about them just yet. It’s not that she’s trying to be overly secretive about her next project — she just isn’t able to articulate anything about the story or characters until the novel is done.

That’s part of Unger’s process, and rest assured the millions of fans who look forward to her work each year aren’t complaining.