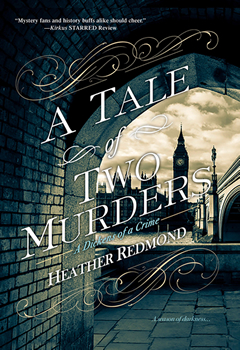 On the eve of the Victorian era, London has a new sleuth . . .

In the winter of 1835, young Charles Dickens is a journalist on the rise at the Evening Chronicle. Invited to dinner at the estate of the newspaper’s co-editor, Charles is smitten with his boss’s daughter, vivacious nineteen-year-old Kate Hogarth. They are having the best of times when a scream shatters the pleasant evening. Charles, Kate, and her father rush to the neighbors’ home, where Miss Christiana Lugoson lies unconscious on the floor. By morning, the poor young woman will be dead.

When Charles hears from a colleague of a very similar mysterious death a year ago to the date, also a young woman, he begins to suspect poisoning and feels compelled to investigate. The lovely Kate offers to help—using her social position to gain access to the members of the upper crust, now suspects in a murder. If Charles can find justice for the victims, it will be a far, far better thing than he has ever done. But with a twist or two in this most peculiar case, he and Kate may be in for the worst of times…

Author Heather Redmond took time from her busy schedule and met with The Big Thrill to discuss her latest mystery, A TALE OF TWO MURDERS:

I have been fascinated by nineteenth century London all my life and I hope I’ve made the time period vibrant and as much of interest to mystery lovers as any modern setting. I also hope the book makes readers think about how genius rarely exists in a vacuum.

There have been a few novels written with author Charles Dickens as a character, but it’s very rare to see him portrayed as young, or out of a paranormal fantasy context. I wanted readers to see him as the vibrant, striving, and wildly intelligent young man determined to make something of himself, in between the tragedies of his youth and his middle age. I haven’t read a lot of historical mysteries with a “cozy” feel but I did strive for that in the hopes of making the historical mystery accessible to readers who are looking for a lighter novel.

I’ve been reading Dickens since childhood but I had no idea he’d become a literary star so young, only in his early twenties and with so little formal education. The idea of Dickens as a young man on the cusp of greatness fascinated me. I wanted to bring him to life. 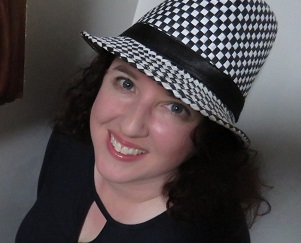 Heather Redmond is an author of commercial fiction and also writes as Heather Hiestand. First published in mystery, she took a long detour through romance before returning. Though her last known British ancestor departed London in the 1920s, she is a committed anglophile, Dickens devotee, and lover of all things nineteenth century. She has lived in Illinois, California, and Texas, and now resides in a small town in Washington State with her husband and son. The author of many novels, novellas, and short stories, she has achieved best-seller status at Amazon and Barnes and Noble.