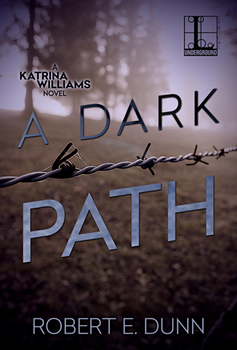 What at first appears to be a brush fire in some undeveloped bottom land yields the charred remains of a young African-American man. As sheriff’s detective Katrina Williams conducts her inspection of the crime scene, she discovers broken headstones and disturbed open graves in a forgotten cemetery.

As Katrina attempts to sort out a complex backwoods criminal network involving the Aryan Brotherhood, meth dealers, and the Ozarks Nightriders motorcycle gang, she is confronted by the sudden appearance of a person out of her own past who may be involved. And what seems like a clear-cut case of racially motivated murder is further complicated by rumors of hidden silver and dark family histories. To uncover the ugly truth, Katrina will need to dig up past crimes and shameful secrets that certain people would kill to keep buried…

The Big Thrill caught up to author Robert E. Dunn to discuss the third installment in his Katrina Williams mystery/thriller series, A DARK PATH:

This is a book about dark, hidden history. I hope readers will realize that the past is written in families just as much as it is in books.

Katrina (Hurricane) Williams continues to struggle with her personal demons, alcoholism and PTSD in her own way. She is a woman in a man’s world defying expectations both by her approach and her failings. Katrina is as tough as they come without ever giving up what makes her a real person and woman.

Location or environment as character has a strong influence on me. In all of my books you will notice a strong “rural-noir” kind of influence. Craig Johnson, C.J. Box, James Lee Burke, Joe Lansdale, J. Todd Scott, and Ace Atkins are masters of making place a living character in their books. I owe all of them. 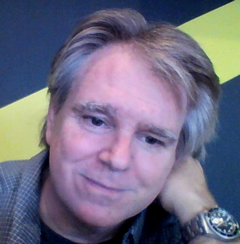 Robert E. Dunn was born an army brat and grew up in the Missouri Ozarks. He wrote his first book at age eleven, turning a series of Jack Kirby comic books into a hand written novel spanning a dozen spiral bound notebooks.

Over many years in the, mostly, honest work of video and film production, he produced everything from documentaries to training films and his favorite, travelogues. He returned to writing mystery, horror, and fantasy fiction for publication after the turn of the century. It seemed like a good time for change even if the changes were not always his choice.

In addition to A DARK PATH, the Katrina Williams mystery/thriller series includes A Living Grave, A Particular Darkness, and coming next year, A Song Unsung. Mr. Dunn is also the author of the hard boiled crime novel Dead Man’s Badge and the horror novels The Red Highway, Motorman, and The Harrowing.