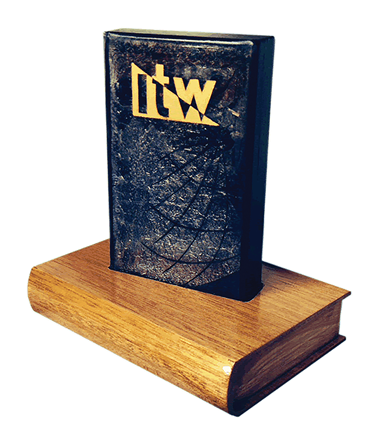 New York Times bestselling author—and one of the founding members of the International Thriller Writers—Lee Child has never been nominated for an ITW Best Short Story award, but he’s…well…thrilled that readers seem to have enjoyed his Jack Reacher short “Too Much Time,”  which was published by Delacorte.

In it, his popular series character Jack Reacher thinks he’s helping the cops, but the whole gig is actually a set-up, which is standard fare for the rugged hero who stars in more than 24 novels and a handful of shorts.

“Too Much Time” is in good company, sharing the nomination spotlight at this year’s Thrillerfest with Mat Coward’s “What Could Possibly Go Boing” and Zoe Z. Dean’s “Charcoal and Cherry” (both published in Ellery Queen Mystery Magazine), and Willy Vlautin’s “The Kill Switch” and Ben H. Winters’s “Test Drive” (both published by Hachette).

While none of the other authors were available for comment at time of press, we’re positive they’re just still in shock at Lee Child’s big reveal.

It’s possible the other authors have already begun “straightening” their Thrillerfest attire—or perhaps, ironing out their nerves in anticipation of the big event.

The July 2018 Edition of The Big Thrill