Some writers will do just about anything—stand on their head, steal cars, write outside of their comfort zone—for…research, of course. Or, as is the case for each of the authors nominated for a coveted International Thriller Award in the Best Hardcover category, create unique ways to celebrate their well-deserved accolades.

This month in The Big Thrill, the writers of these award-nominated hardcovers weigh in on what it means to be recognized by the ITW, the authors who have influenced their careers, and how they’ll celebrate should they take home top prize at the banquet later this month.

Dan Chaon was driving a stolen car across the Pennsylvania interstate when he got the call that his book ILL WILL had been nominated for an International Thriller Writers Best Hardcover Novel award. A warm wetness spread across his lap as his bladder…

Well, you get the picture. He was very excited.

“I began to cry a little,” he says, noting that the nomination not only is a welcome nod to his latest book—a literary thriller he describes as This Is Us crossed with The Exorcist—but will inevitably guide readers to his Kickstarter page where he hopes to raise enough money to…

Get out of the slammer, obviously. “I’ve been wrongly jailed, and I have only $80,000 left before I can make my bail.”

No doubt the first thing Chaon will do upon release is track down the late Ray Bradbury where the two will eat hamburgers, swap stories about their writing processes, and share secrets about themselves. 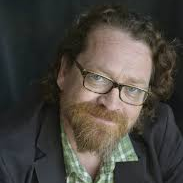 Chaon suspects Bradbury will be suitably surprised to learn that, “I have small, deer-like hooves, instead of feet.”

Thankfully, he has normal fingers. ILL WILL has already earned plenty of praise—including being listed as one of Vulture Magazine’s 10 Best Thrillers of the Year” and, as noted by the Wall Street Journal, one of 20 books that defined 2017. Regardless of whether the novel takes top prize at Thrillerfest this July, Chaon will be hard at work on another book—possibly while wearing an orange jumpsuit.

For more about Chaon and his work, visit his website. 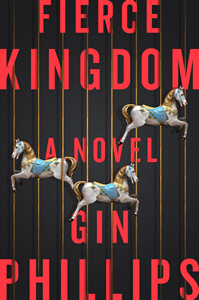 Gin Phillips is reluctant to classify FIERCE KINGDOM as a thriller—but she’s over the moon that it’s been recognized by the International Thriller Writers with a nomination for the Best Hardcover award.

“As I was writing, I thought of it as a book about the relationship between a mother and son,” she says. “Granted, a very fast-paced story of a mother and son. With gunmen. But I’ve slowly gotten used to the idea of it as a thriller, and I’m delighted that people find that it works on that level.”

Phillips says she has C.S. Lewis and Madeleine L’Engle to thank for that—two authors who showed her, at a young age, the “power of building a world so real that a reader could fall into it and never want to leave,” she says. “If I look for the real start of my career, their books were in it.” 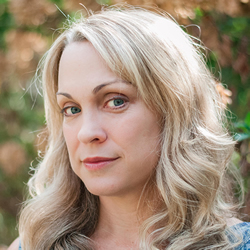 In more recent years, Phillips points to Ann Pratchett as an influence and if given the chance to dine with the author, would love to cook her a meal of seafood gumbo and chocolate chess pie. Their dinner conversation might begin with writing, and then turn to matters of a more personal nature—such as the fact that Phillips lived with Irish nuns for a year after college.

Or, perhaps with enough wine, Phillips might be persuaded to share this fascinating secret: “I can stand on my head almost indefinitely.” Multi-talented indeed!

For more about Gin Phillips and her award-nominated book FIERCE KINGDOM, check out her website.

It’s always hard to predict how readers will respond to your second book, so when B.A. Paris learned that THE BREAKDOWN had been nominated by the International Thriller Writers for a Best Hardcover Novel award, it was a huge moment. She may have even jumped up and down a little.

“It was such exciting news to learn that it had been nominated for such a prestigious award,” she says, adding that the nod also provided confirmation that she’d accomplished what she’d hoped for—to write a story that would captivate readers in the same way Behind Closed Doors has done.

THE BREAKDOWN is a chilling thriller that explores how fear and guilt can cause a person’s life to spiral out of control—somewhat ironic, perhaps, since Paris once said she’d never write a psychological thriller. 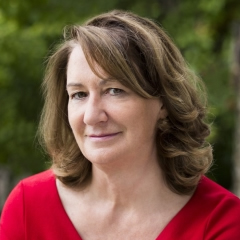 She attributes her love of Agatha Christie novels for her dark and twisty imagination, something she’d share with the late author over dinner if it were possible.

“We would eat smoked salmon, to start with, followed by a main course of monkfish in a delicious white wine sauce with pavlova for dessert,” Paris says. “Or maybe just a huge dish of profiteroles and two spoons.”

It all sounds delicious. 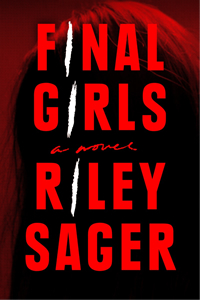 You might not think the author of a book that is “part psychological thriller, part homage to slasher flicks and film noir” would have unabashed adoration for Disney—but Riley Sager certainly fits the profile.

In fact, when FINAL GIRLS hit a few bestseller lists, he celebrated by buying his now most prized possession—Walt Disney’s autograph.

Now Sager has even more cause to celebrate. FINAL GIRLS was nominated for an International Thriller Writers Best Hardcover award, and he’s still not quite sure it’s real.

“It’s such an incredible honor, especially when I think about how the thriller genre has been on fire for the past few years,” he says. “There are so many great authors working at the top of their games right now. To be among the handful of titles singled out for a nomination feels truly special.”

Well, that and the early praise from Stephen King, one of Sager’s idols, and a “first fan” of FINAL GIRLS. He says the book would have had very different reception if not for King’s generous praise—and he’d love to say thanks in person, maybe over sushi.

“The idea of dinner with him is intimidating,” Sager says. “I think we’d need to eat something messy or hard to eat, just to distract me from the fact that I’m hanging out with one of the world’s greatest living writers. Sushi, I guess. Chopsticks are a great equalizer.”

Meet Scotland’s worst serial killer. No, not Denise Mina, but rather the subject of her thrilling book, THE LONG DROP—which was recently nominated for an International Thriller Writers Best Hardcover award.

This semi-fictionalized true crime story about Peter Manuel—otherwise known as “the Beast of Birkenshaw” alternates between an unorthodox pub crawl with a relative of the victims, and Manuel’s trial for murder in 1958. It’s Mina’s first foray into true crime—but based on its critical acclaim, the author clearly knows what’s she’s doing. 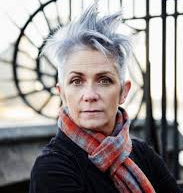 While Mina was unavailable for an interview at the time of press, no doubt she’s pleased to add another accolade for THE LONG DROP—a chilling standalone from the author of the bestselling Alex Morrow novels and the graphic novels adapted from Steig Larsson’s Millenium Trilogy.

To learn more about Mina and her work, check out her website.

The July 2018 Edition of The Big Thrill