Once a police detective in St. Paul, Minnesota, Rushmore McKenzie has become an unlikely millionaire and an occasional unlicensed private investigator, doing favors for friends. The favor, this time, is for a friend of a friend – Erin Peterson, a local business person and owner of a growing food company called Salsa Girl. Someone seems to have a beef with her: the outside locks on her factory having been systematically filled with superglue. But for some reason, Erin doesn’t want to report this harassment to the police. As a favor to his poker buddy and hockey teammate Ian, McKenzie agrees to stop by and chat with Erin.

At first Erin denies there’s anything going on and then, when the harassment escalates and threatens her business, she also asks for McKenzie’s help. The further McKenzie digs into the situation, the more complicated – and deadly – it becomes. And somewhere, in the middle of it all, is Erin, playing all sides against the middle, leading McKenzie to wonder if you ever really know who your friends are.

The Big Thrill caught up with award-winning author David Housewright to discuss the latest installment in his P.I. Mac McKenzie series, LIKE TO DIE:

One of the themes I’m exploring in LIKE TO DIE is the nature of friendship. What do we really know about the people we call friends? And an additional question – are they our friends or just people we’ve known for a long time? This is especially pertinent, I think, given the nature of social media. How many friends do you have on Facebook? How many have you met?

I have been alternating lately between protagonists. LIKE TO DIE is a continuation of the Rushmore McKenzie series – now 15 books and going strong. McKenzie is a millionaire ex-cop who does favors for his friends and acquaintances. He has a great life, as this book demonstrates. Yet there are some stories that I simply cannot tell in his voice. For that I turn to Holland Taylor (Darkness, Sing Me a Song, Jan. 2018 St. Martin’s Press), a traditional trench coat detective I created 22 years ago. Taylor does not have a great life. He’s cynical and morally ambiguous in direct opposition to McKenzie. Think Dennis Lehane and James Lee Burke versus Robert B. Parker and Donald E. Westlake; heroes all.

I have always been fascinated with identity and, as Kurt Vonnegut suggests, the idea that “We are what we pretend to be, so we must be careful about what we pretend to be.” In this novel several characters, including the protagonist, assume different guises and it has a profound impact on their personalities. 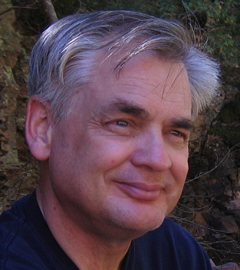 A former President of the Private Eye Writers of America, David Housewright has published 21 crime novels including LIKE TO DIE (June 19, 2018, St. Martin’s Press). His book Penance earned an Edgar Award from the Mystery Writers of America as well as a Shamus nomination from the PWA. Practice to Deceive (1998), Jelly’s Gold (2010), and Curse of the Jade Lily (2013) have each won Minnesota Book Awards. His work has also been featured in Ellery Queen’s Mystery Magazine and True Romance Magazine (funny story) as well as mystery anthologies including Silence of the Loons, Twin Cities Noir and Once Upon a Crime.

Housewright has also published a collection of short stories entitled Full House (Down & Out Books). In addition, he has taught novel-writing courses at the University of Minnesota and Loft Literary Center in Minneapolis, MN.

The Fifth to Die by J.D. Barker