There have been many courtroom dramas that glorified the great American legal system. This is not one of them…

Bill Gambini and Stanley Rothstein, two friends from Brooklyn, are on their way cross-country to UCLA. Taking a southern route through Alabama, they stop at a local convenience store. No sooner do they leave when they are arrested, presumably for inadvertently shoplifting a can of tuna. The two unfortunate youths wind up facing trial for the murder of a store clerk and face a possible death sentence. They have no money for an attorney. The good news is that Bill has a lawyer in his family, his Cousin Vinny. The bad news is that Vinny is an inexperienced attorney who has never been to trial.

Aided by his savvy, firebrand fiancée, Mona Lisa Vito, Vinny must prevail over some very tough opposition in order to prove his clients’ innocence. He must overcome the testimony of three eyewitnesses, a bulldog sheriff, an FBI forensics expert, a very competent district attorney, and an uncompromising judge who’s just aching to prove Vinny a fraud.

If you thought Vinny and Lisa were funny on the big screen, just wait until you start turning pages. Updated with added scenes and even more laughs, this literary version of MY COUSIN VINNY will have you rolling on the floor. Are we sure? Yeah, we’re pos-i-tive!

I hope fans of MY COUSIN VINNY will find a new way to enjoy this gem of a comedy. It’s been updated with added scenes and even more laughs, this literary version of My Cousin Vinny will have you rolling on the floor. Are we sure? Yeah, we’re pos-i-tive!

MY COUSIN VINNY is one of the greatest legal thrillers ever made. It’s rated the #2 all-time greatest legal thriller by IMDB, the Internet Movie Data Base, second only to John Grisham’s masterpiece A Time To Kill. To this day, the film is still used by professors in law schools as reference material in the instruction of courtroom procedure. Now translated onto pages, this enduring comedy now shines in a new medium.

Translating this wonderful film script into prose was not only challenging but eye opening as well. I was concerned that devoid of the superlative acting performances by Joe Pesci, Marisa Tomei, Fred Gwynn, and Ralph Macchio it would not shine. It took many hours and several attempts to convey on the pages what could not be witnessed on the screen.

In working with Dale Launer, the screenwriter, I learned a great deal about the characters’ backstory, who they were before they made it onto screen, their quirks, and many personal details, some of which have been added into this novel to give it more richness and authenticity.

There are so many authors I read, books I’ve consumed. I prefer to look back at the individual novels rather than bundling my “likes and dislikes” under the names of the respective authors. 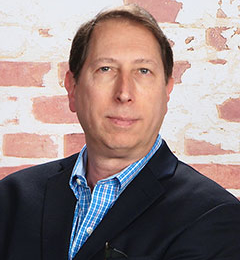 Lawrence Kelter never expected to be a writer. In fact, he was voted the student least likely to step foot in a library. Well, times change, and he has now authored several novels including the internationally bestselling Stephanie Chalice and Chloe Mather thriller series. Early in his writing career, he received support from literary icon Nelson DeMille, who was gracious enough to put pencil to paper to assist in the editing of the first book, and felt strongly enough about the finished product to say, “Lawrence Kelter is an exciting new novelist, who reminds me of an early Robert Ludlum.”

To learn more about Lawrence and his work, please visit his website.