Did clown-colored mushrooms spark the gruesome murders? Will his memories of the murders save him or kill him?

At age eight, Dave Austin witnesses his brother’s savage murder in rural Norwich, New York, but amnesia suppresses the memory, and the killer escapes. Locals suspect an itinerant, a pedophile, or a disturbed friend maddened by psychedelic mushrooms. When Dave starts college, pressures at Princeton and alcohol elicit dreams, each one revealing a bit of memory. Then come visions as Dave senses the killer return. Images of teenagers killed where his brother died precipitate a crisis, and David returns to Norwich to find his dead brother’s friend, a disturbed witness who knows something. Dave’s appearance alarms his psychiatrist, the officers who hadn’t solved the case, and especially the killer, who knows he should not have let the young Dave escape. Now the killer must correct his mistake. When a crazy farmer invites Dave to learn the killer’s name in the Clown Forest at midnight, how can he resist? He may learn what he needs to identify the murderer—if he gets the truth, and survives.

The Big Thrill caught up to the author duo of A. C. Brooks and R. R. Brooks to discuss their latest mystery, THE CLOWN FOREST MURDERS:

This novel was written in memory of a son and brother who committed suicide and is dedicated to all those who endure mental illness. THE CLOWN FOREST MURDERS is truly a collaborative work that relies on the original story by A.C. Brooks and its subsequent crafting into a compelling mystery by R.R. Brooks. Elements of an attractive but flawed hero, a heroine who holds a secret, and a hidden killer make the book a great read.

The tale is focused on the survivor of a horrible crime who must fight to regain his mental health by finding the unexpected killer.

Collaborating authors have different visions of what is reasonable behavior, believable dialog, and humor. Mutual teaching becomes part of the novel-writing process.

There can be explanations for bizarre behavior that do not involve the supernatural.

David Eddings’ The Belgariad inspired the first fantasy book of R.R. Brooks. Martha Grimes and Dean Koontz are favorites of both authors. Creation of a consistent world with sympathetic characters is accomplished by these authors. 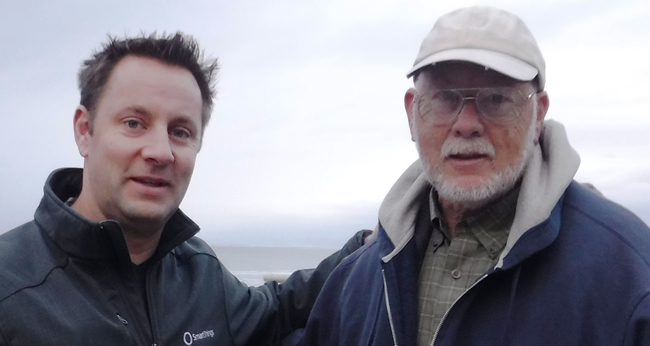 Andrew C. Brooks (A.C. Brooks) works in internet technology in California. When he’s not training for an Ironman competition, he writes. He has published a short story and extensive blog materials, which you can read here. Robert R. Brooks (R.R. Brooks) spent his career doing pharmaceutical research and development. Now living in western North Carolina, he has published both fiction and nonfiction, including science fiction and fantasy stories exploring strange encounters and issues of doubt and belief. Leo Publishing released his epic fantasy novel Justi the Gifted in 2015. A science fiction tale and second fantasy novel are in the works.