It’s been four months since forensic psychologist Claire Britten last crossed paths with danger. Finally feeling she can catch her breath, together with her partner, criminal lawyer Nick Markwood, Claire has settled into a new role, volunteering with a support group for children stressed by domestic violence. But a leisurely field trip to a wildlife sanctuary turns deadly, leaving Claire to question whether the death was an accident, suicide—or something far more sinister.

Nick gets the South Shores team on the case, hunting down anyone with a potential grudge against the sanctuary. But their investigation turns wild when other attacks come too close to home. With a hostile predator on the loose, Nick and Claire will have to race to unbury the truth before a killer wipes them from the endangered-species list for good.

Although this novel is an action-packed suspense, it also raises several questions about animal rights, private zoos–and abused children. The setting of South Florida focuses not only on the busy tourist area but on the still-hidden Everglades and wildlife there. The combination of a forensic psychologist and a criminal lawyer solving cases they become personally involved in leads to a study of the criminal mind, but makes the main characters as endangered as the animals.

As the population of South Florida (and other parts of the US) booms, wild animals are displaced. If animals kill someone, are they to “blame” for doing what is instinctual? Should that animal pay with its life? My 30 winters living in Naples, Florida taught me we must find ways to co-exist with the wild. Alligators under our lanai window, seeing a rare Florida panther or (ick) the boa constrictors breeding in the Glades actually helped inspire the crime and background for this book.

As I mentioned in my author note at the end of this book, my meetings with Mary Higgins Clark (I won her award in 2006) and P.D. James were so helpful in my career. I was on the ‘faculty’ of a writing conference with Dame James in South Florida. Both women were generous with their advice, and I was blessed to sit next to Dame James at the dinner. She amazed me by saying she always starts with the setting, which I also do. She suggested not having more than 4 possible perps or “you won’t have time to do each justice before we find out who-dunnit.” 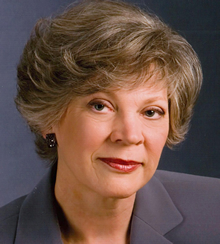 Karen Harper is the New York Times bestselling author of 80 books. Published since 1982, she writes contemporary suspense and historical novels. After living in South Florida for 30 winters, she decided to set her SOUTH SHORES series there and in the Caribbean. A former Ohio State English instructor, Karen now writes full time, which gives her and her husband time to travel.