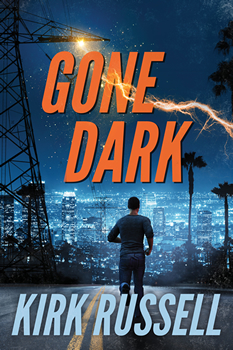 America is under siege as Special Agent Paul Grale exposes a devastating act of domestic terrorism that becomes explosively personal.

When a series of coordinated blasts takes down several Los Angeles power stations, FBI bomb tech Paul Grale is tapped to investigate. That means leaving his vulnerable niece, Julia, behind in Las Vegas. The sole survivor of a homeland bombing that killed her parents, Julia’s still struggling through grief and trauma. An avowed pacifist, she’s being trolled as anti-American. And entangled in an affair with the wrong man, she’s facing the fallout from his crimes: stolen military-grade ammunition found in her car.

But Grale has no choice but to head to L.A. The sabotage is growing more sophisticated, and with assaults on the telecommunication grid itself, the potential for destruction has never been higher. Now, as rolling blackouts sweep across the West, Grale is following clues that point alarmingly close to home. Especially when Julia disappears.

If Grale can’t stop the attacks from escalating, the grid will go down for good, leaving everyone in the dark. But it’s Grale who could be facing the darkest reality of all…

A sense of what an individual FBI agent might accomplish or not with the country under widespread attack. I’m trying to write the protagonist, Grale, at an individual and human level yet with enough skills to carry a thriller. With that in mind the novel fails if the connection to his niece, Julia, doesn’t resonate. She was the survivor of a bombing that took out her family in the first Grale, Signature Wounds.

If this novel makes any contribution it’s in varied pacing. Narrative drive rules the thriller form but can become exhausting and then flat. I’m experimenting with rhythms of various plot threads, trying to hold the action and overall arc while taking steps away and then returning as a way of making the novel more human. I think cable TV shows are giving us new freedoms as people grow accustomed to quick cuts away then back.

Though we’ve been told over and over how vulnerable the grid is, that truth really got hammered home after research and traveling to look at substations and electrical pathways. So much is built on trust. Writing this novel made me take a step back and think about the fragility of civilization. 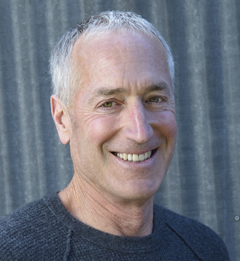 To learn more about Kirk, please visit his website.