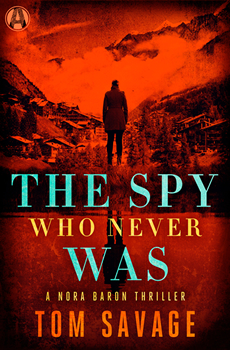 In a Manhattan safe house, Nora Baron—a Long Island mother and drama teacher leading a double life as a CIA operative—meets a spymaster who offers her a top-secret mission. Nora is to take on the role of Chris Waverly, a legend in the field—literally. As Nora’s handler explains, Waverly isn’t so much a person as she is an alias, a cover name shared by several American agents throughout the world. Now, a mysterious ransom note threatens these agents with exposure and certain death.

As the new “Chris Waverly,” Nora travels to Paris to trap the anonymous blackmailer. But from the start, the mission is more dangerous than she could have anticipated. She encounters secrets and lies from her own people, and she’s stalked by shadowy assassins. From the City of Light to a remote village high in the Swiss Alps, Nora follows the trail to a chilling international conspiracy—and the shocking truth about “Chris Waverly.”

USA Today bestselling author Tom Savage spent some time with The Big Thrill discussing his latest novel, THE SPY WHO NEVER WAS:

This is the third Nora Baron novel. Readers of the series will learn more about the professional and personal life of the CIA’s most unusual new recruit, and first-time readers will get an introduction to her world. I hope readers enjoy experiencing Nora’s adventures with her.

The Nora Baron books were created as an alternative to the two main types of espionage novel–the grim, realistic procedurals and the outlandish, action-packed adventure stories. Nora is an outsider in her husband’s world, and she’s learning on the job. Few readers actually know a real spy, but we all know someone like Nora.

I’ve traveled to all the places I use in my stories, but I always have to make up landscapes, houses, and businesses that don’t really exist and insert them into actual settings. With this novel, I noticed that this blurring of the real and the fictional is becoming second nature to me. I even created an entire village in the Swiss Alps! There’s something truly satisfying about that.

The Internet is a valuable tool for writers. Foreign phrases, highway routes, airline and train schedules, city street maps–all the details that help make up a story are available with a few clicks of the mouse. It’s shaved hours off the research I did when I first began writing thirty years ago–not to mention a lot of trips to the nearest library.

The Nora Baron series is a result of my lifelong devotion to Alfred Hitchcock’s films and the novels of several espionage writers, notably Alistair MacLean, Helen MacInnes, Robert Ludlum, and Dorothy Gilman. 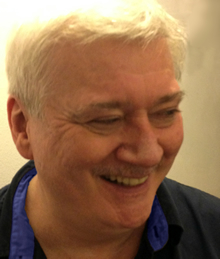 Tom Savage is the USA Today bestselling author of A Penny for the Hangman, the Nora Baron series, and many other novels and short stories. His books have been published in fifteen countries, and his novel Valentine was made into a Warner Bros. film. Raised in St. Thomas, Virgin Islands, he now lives in New York City, where he worked for many years at Murder Ink®, the world’s first mystery bookstore.