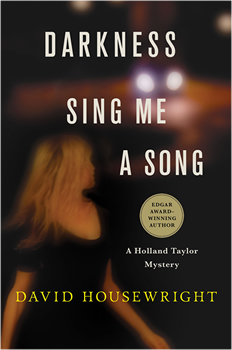 When the Twin Cities are rocked by the “crime of the century,” Holland Taylor is the one PI who’d rather not be right in the thick of it. Still wounded by the long-ago death of his wife and daughter, Taylor does (delete “simple”) background checks and other simple cases with no interest in more challenging work. But almost by accident, what should have been an easy job becomes something much more far-reaching and dangerous.

Eleanor Barrington, the doyenne of a socially prominent family of great wealth, has been arrested for the murder of young woman. Emily Denys was her son’s fiancée, and Barrington made no secret of her disdain for the victim, convinced that she was trying to take advantage of her son and her family.

Holland Taylor had been brought in to do a full background check on Emily, only to discover that her name and her background were all fabricated. Before he could learn more, she was murdered—shot in the head outside her apartment.

Barrington had been overheard threatening her son’s fiancée and an eyewitness claims to have seen her kill Emily. But that’s not the worst of it. Barrington’s own son has even worse accusations to make against her. And the family, which has a long history in the area, is involved in a controversial business development that has all sides heated.

Caught in the dark tangle of a twisted family and haunted by his own past, Holland Taylor returns in the first new novel in this award winning, critically acclaimed series in almost twenty years. And what Taylor finds is that the truth remains elusive, frequently expensive and quite often fatal.

Award-winning author David Housewright spent some time with The Big Thrill discussing his latest novel, DARKNESS, SING ME A SONG:

As our world becomes more and more divisive, we discover that people we might describe as good and honest, whom we might even invite into our homes for dinner, can sometimes behave horrifically for reasons that seem perfectly sound to them. In DARKNESS, SING ME A SONG, there are no “bad guys.” Everyone believes what they are doing is right and just. Everyone thinks they are on the side of the angels. Yet things go boom and people die.

The McKenzie series of books tend to be less violent, less cynical; I use a lot of humor to help balance the tension. DARKNESS, SING ME A SONG is a much darker ride, however. What surprised me was how emotionally difficult it was to write that. With McKenzie, I smile and tell myself “that works.” With Taylor, I wonder constantly if I’m crossing a line.

DARKNESS, SING ME A SONG is a continuation of a series I began 22 years ago featuring a traditional trench coat detective named Holland Taylor. That series went on hold after three books (my publisher was purchased by a larger house and so on and so forth). I later created another series featuring an unlicensed PI named Rushmore McKenzie that has now reached 14 books and counting. That series is medium-to-medium-hard boiled, however. There were stories that I simply could not tell in McKenzie’s voice. Reviving Taylor, however, who is a much more cynical and morally ambiguous character, allows me to go darker (think Dennis Lehane and James Lee Burke). 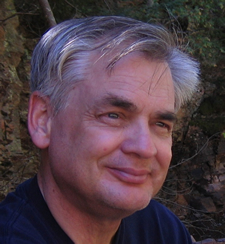 A former president of the Private Eye Writer’s of America (2014-15), David Housewright has published 19 crime novels, including What the Dead Leave Behind (June 2017, St. Martin’s Minotaur). He has earned an Edgar Award from the Mystery Writers of America (Penance) and three Minnesota Book Awards (Practice to Deceive, Jelly’s Gold and Curse of the Jade Lily). His 20th novel – DARKNESS, SING ME A SONG – will be published in January, 2018 (St. Martin’s Minotaur). His work has also been featured in Ellery Queen’s Mystery Magazine and True Romance Magazine as well as mystery anthologies including Silence of the Loons, Twin Cities Noir and Once Upon a Crime. Housewright has also published a collection of short stories entitled Full House (Down & Out Books). In addition, Housewright has taught novel-writing courses at the University of Minnesota and Loft Literary Center in Minneapolis, MN.