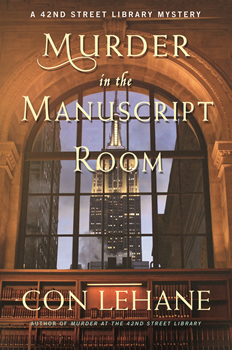 Con Lehane’s MURDER IN THE MANUSCRIPT ROOM features a new case for his character in New York City’s 42nd Street Library. This time, a murder takes place in what may be the sanctum sanctorum of a library: a manuscript room.

Raymond Ambler is far from the typical sleuth with street smarts. He’s a thinker and an observer more than he’s an action hero. While he works in a library, Amble is in fact a curator of the library’s (fictional) crime-fiction collection. “Curators in libraries are subject-area specialists,” Lehane explains. “They don’t have to be experts in library science, which I’m not. Not that I’m an expert in crime fiction, but I know more about it than I know about library science.”

The story begins when Ambler begins to suspect that a researcher in the library—an Arab scholar studying ancient Islamic texts—might be under surveillance by some agency or other of the government. “Librarians are more committed to protecting the liberties this nation embraces than probably any other organized group—except maybe writers—including lawyers, politicians, academics, all of whom have caved in the past to ‘legitimate’ forces attempting to limit freedom of speech and inquiry in the name of protecting such things,” says Lehane.

As soon as the location was agreed, he started to hang out there, getting to know some of the people who worked inside, figuring out the lay of the land. The 42nd Street Library is an amazing place. It’s a research library, and tons of books and dissertations and research papers have been written using the resources of the library.

“After a while, I worked my way into a kind of sinecure. There are a few study rooms in the library that you can apply for if you’re doing extensive library research. I had a book contract, which qualified me for the Frederick Lewis Allen Room, so I spent almost a year going to the library most days, as if I worked there, and sort of by osmosis getting a sense of what it might be like to be the curator of crime fiction at the 42nd Street Library.”

It’s a staple of the mystery genre that the main murder happens early in the book. While there is a murder in the prologue of MURDER IN THE MANUSCRIPT ROOM, the main one giving the book’s title doesn’t occur until a few chapters into the book. 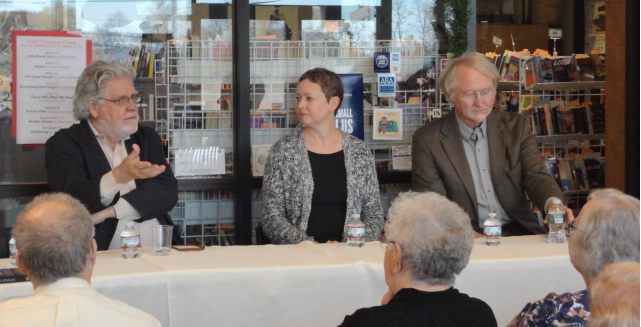 Lehane doesn’t outline. He gets a story going in his head and follows it. He also doesn’t consciously think about rules or requirements of the mystery genre. “I’ve read and written enough mysteries to have a sense of the conventions deeply embedded in my consciousness.”

One character that stands out in this entry of the series is that of Gobi Tabrizi, the scholar under suspicion, who feels like a comment on today´s charged political environment. However, the character’s origins are somewhat different. Years ago, when the author attended college and reported sports for the college newspaper, he met an older Arab player. Despite the age difference, they became friends and this man showed Lehane another way to view the world.

“He was the first person to tell me what imperialism was. He wasn’t a political proselytizer and it wasn’t a political analysis. It was the common-sense view that the man in the street in his country had of my country. This idea—that the way Americans (including me) viewed the world and the United States wasn’t the only way the world was viewed—stayed with me.” Then he adds, “I don’t want to tell you too much more about who he turns out to be because I’d like folks to learn about him by following Raymond Ambler as he learns about him in the book.”

For the promotion of MURDER IN THE MANUSCRIPT ROOM, Lehane will go to conferences, like Thrillerfest and Bouchercon, and book festivals. Also he’ll visit as many bookstores as possible, especially mystery bookstores, to sign stock or do events.

The work, however, doesn’t end there, and the author is already working on the next 42nd Street Library mystery. “One of the nice things about writing a series is you know, at least in general terms, what you’ll do next,” he says. 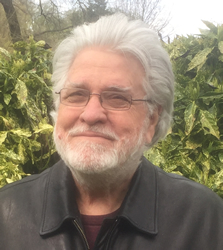