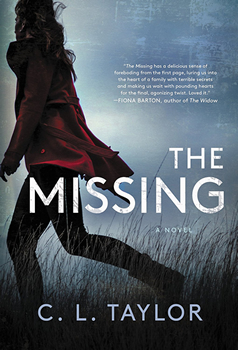 In this harrowing psychological thriller about a missing teenage boy, a mother must expose the secrets within their own family if she wants to find her son—perfect for fans of Reconstructing Amelia.

You love your family. They make you feel safe. You trust them. Or do you…?

When fifteen-year-old Billy Wilkinson goes missing in the middle of the night, his mother, Claire Wilkinson, blames herself. She’s not the only one. There isn’t a single member of Billy’s family that doesn’t feel guilty. But the Wilkinsons are so used to keeping secrets from one another that it isn’t until six months later, after an appeal for information goes horribly wrong, that the truth begins to surface.

Claire is sure of two things—that Billy is still alive and that her friends and family had nothing to do with his disappearance.

A mother’s instinct is never wrong. Or is it…?

When the reader closes the book they’ll be left wondering about the secrets in their own families, particularly the secrets their children keep…

THE MISSING is perfect for readers who love psychological thrillers and enjoy working out whodunnit and why. It combines domestic suspense, an unusual psychological disorder, and a dark mystery.

I discovered that Agatha Christie may have suffered from dissociative amnesia, the same psychological condition that my main character suffers from. Agatha left her husband a note, abandoned her car and disappeared. Weeks later she was discovered in the Swan Hotel in Harrogate, hundreds of miles away. She was using the pseudonym Teresa Neele and claimed she was a bereaved mother from Cape Town, South Africa. No one knows if she really believed she was that person or if she staged her disappearance to pay back her husband for having an affair with a woman called Nancy Neele.

The book contains a number of pseudonymous text messages between two people. If the reader can work out who those two people are they can solve the riddle of what really happened to Billy Wilkinson.

My main influences are Margaret Atwood, Maggie O’Farrell, George Orwell and Roald Dahl. I love a story with a dark heart and all those authors excel at delivering one. 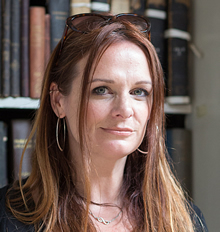 C. L. Taylor is the Sunday Times bestselling author of four psychological thrillers. Her award winning books have sold over one million copies in the UK alone, have been translated into fifteen languages and optioned for television.