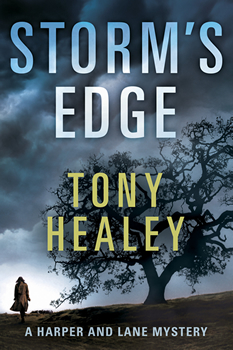 In the midst of an internal investigation, the police department is thrown into chaos when Captain Frank Morelli is gunned down on his own front lawn. Detective Jane Harper suspects that someone is tying up loose ends—a conviction that only grows stronger when she witnesses the execution of another officer in broad daylight. With no one else to turn to, Jane seeks the help of psychic Ida Lane.

Ida thought she’d finally found peace after the death of the man who murdered her mother. But as the town emerges from the shadow cast by that serial killer, they discover that there is more than one monster hiding in the darkness. Desperate to lay her ghosts to rest, Ida puts her extraordinary skills to the test. Together, she and Jane must uncover the truth…or be permanently silenced like the rest.

I hope that readers enjoy revisiting the characters of Jane Harper and Ida Lane as much as I did when I was writing it!

The unresolved mystery set out in Hope’s Peak really comes to the fore in STORM’S EDGE, and the main characters of Jane Harper and Ida Lane must use all their agency and grit to find a resolution. I feel that you can contribute to the genre by trying to do something new with it, and by combining mystery, thriller and supernatural elements, I believe I’ve gone some way to doing that.

I had no idea what I wanted to write about in a third book of the Harper and Lane series. But by the end of STORM’S EDGE, I had a firm idea for a third book. I think the experience of revisiting these characters, combined with a desire to advance them naturally from one story to the next, is inspiring. The best thing you can do with characters is have them grow like real people. In STORM’S EDGE I’ve done that. And in the next book, that character development will continue to push them in new directions.

In the first book, Hope’s Peak, there was an element of horror to the story. In this book, STORM’S EDGE, that horror is a political one. There are elements of this novel that are very timely, given the current political situation, and I think readers will appreciate that.

Thomas Harris showed that you could write a thriller and a work of great literary merit at the same time. He proved it doesn’t just have to be a by-the-numbers job that fills pages. It can be art.

Lauren Beukes is one of the greatest practitioners of writing in the present tense, in my opinion. And as a South African writer setting her books in America, she is proof that writing an American novel (without being an actual American) can be done.

Jaws by Peter Benchley is the ultimate thriller. What I love about it is that, replace the shark with a serial killer, or a sniper, or a terrorist, and it still works. It’s a great novel, and one that had a huge impact on me growing up. 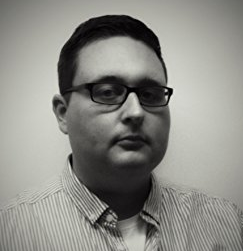 Tony Healey is the bestselling author of Hope’s Peak, the first book in his Harper and Lane series. It was the 20th bestselling novel of 2016 on Amazon and had over a quarter of a million readers. The sequel, STORM’S EDGE, released on the 10th of October, 2017. Both are published by Thomas and Mercer.

Tony’s fiction has appeared alongside such award-winning authors as Alan Dean Foster and Harlan Ellison. He lives with his wife and four daughters in Sussex, England, and is at work on his next novel. He is represented by his agent Sharon Pelletier, of Dystel, Goderich & Bourret Literary Management, New York.

To learn more about Tony, please visit his website.