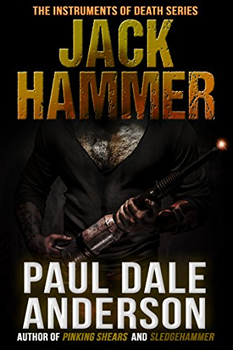 Andy Sinnott and Connie Kelly face off with a professional assassin in this taut psychological thriller. Burke—hired by the mob to eliminate Lester Cartwright, Tom Wesley, David Mullins, and a sequestered federal witness—is a brutal killer who uses a jackhammer on his victims. Burke sends Andy to the hospital, captures Connie, and cuts off two of her toes. Helpless and at the mercy of a sadistic serial killer, Connie must think out of the box if she hopes to survive. Fast-paced and riveting, this tale brings together characters from previous books. Who will survive and who won’t?

Ordinary people are unaware of dramas occurring in their midst until violence erupts. Killers have a heightened sense of awareness to their surroundings.

Proves there are many instruments of death other than firearms.

There are many kinds of families, including work families and crime families.

Elmore Leonard for dialog and style; Donald Westlake for the same reasons. Lisa Scottoline for complications. 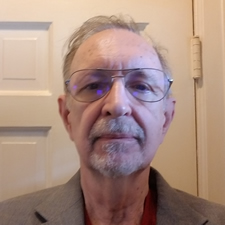 Paul Dale Anderson has written dozens of novels and hundreds of short stories, mostly in the thriller, mystery, horror, fantasy, and science fiction genres. Paul has also written contemporary romances and westerns. Paul is an Active Member of SFWA, HWA and MWA, and he was elected Vice President and Trustee of Horror Writers Association in 1987. He is a current member of International Thriller Writers, Author’s Guild, and Sisters in Crime.

Paul has taught creative writing at the University of Illinois at Chicago and for Writers Digest School. He has appeared on panels at Chicon4 and Chicon7, MidAmeriCon2, X-Con, Windy Con, Madcon, Odyssey Con, Minncon, Stokercon, Thrillerfest, the World Horror Convention, and the World Fantasy Convention. Paul was a guest of honor at Horror Fest in Estes Park, Colorado, in 1989.