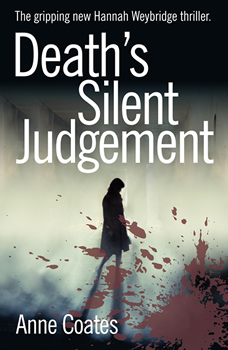 DEATH’S SILENT JUDGEMENT is the thrilling sequel to Dancers in the Wind, and continues the gripping series starring London-based investigative journalist Hannah Weybridge. Following the deadly events of Dancers in the Wind, freelance journalist and single mother Hannah Weybridge is thrown into the heart of a horrific murder investigation when a friend, Liz Rayman, is found with her throat slashed at her dental practice. With few clues to the apparently motiveless crime, Hannah throws herself into discovering the reason for her friend’s brutal murder, and is determined to unmask the killer. But before long Hannah’s investigations place her in mortal danger, her hunt for the truth placing her in the path of a remorseless killer…

Anne Coates, the author of DEATH’S SILENT JUDGEMENT, recently spent some time with The Big Thrill discussing her latest novel:

Apart from enjoying an exciting page-turner, readers will see that many of today’s problems were already evident in the early 90s: trafficking girls as sex slaves, transgender issues, homelessness…

Hannah Weybridge is a very different type of investigator – a freelance journalist who is more used to writing for women’s magazines than national newspapers, finding herself  in danger as she investigates her friend’s murder. The police investigation takes a back seat in these thrillers and the narrative concentrates on characters and situations seen from the civilian’s eyes and experiences.

To my amazement, one of my characters led me by the nose until a major revelation. I realized that all the clues had been there for me – it was exhilarating as an author and I hope readers are equally  surprised.

Hannah, in her mid-30s is a single mother – from choice – and is furious when the biological father turns up on the scene wanting access. But does he have an ulterior motive?

Everything I have ever read has influenced me in some way or another as we are all the sum of all our experiences. As a child Enid Blyton’s Famous Five and Secret Seven series had me longing to be a detective! Stephen King’s The Shining had me scared to turn the page. Dickens has been a favorite read, along with Wilkie Collins. There are so many current great writers that I’m reticent to name any and miss out someone special! 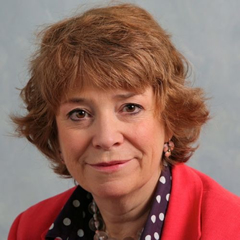 For most of her working life in publishing, Anne Coates has had a foot in both camps as a writer and an editor, moving from book publishing to magazines and then freelancing in both. Having edited both fiction and narrative non-fiction, Anne has also had short stories published in a variety of magazines and is the author of seven non-fiction books. Born in Clapham, Anne returned to London after graduating and has remained there ever since. In an attempt to climb out of her comfort zone, Anne has twice “trod the boards” – as Prince Bourgrelas in Ubu Roi when a student and more recently as a nun in a local murder mystery production. She also sings periodically in a local church choir and is relieved when she begins and finishes at the same time – though not necessarily on the same note – as everyone else. Needless to say, Anne will not be giving up her day job. Telling stories is Anne’s first love and nearly all her short fiction and novels begin with a real event followed by a “what if …” That is also the case with the two prize-winning 99Fiction.net stories: ‘Codewords’ and ‘Eternal Love.’

To learn more about Anne and her work, please visit her website.