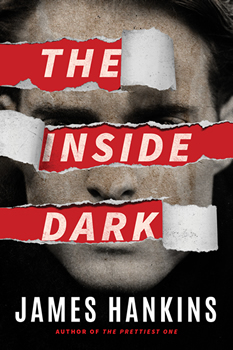 Five days ago, aspiring crime novelist Jason Swike awoke chained to the wall of a run-down horse stable, convinced he would soon die at the hands of Crackerjack, the infamous serial killer who had terrorized the residents of Massachusetts for the past year—capturing and tormenting men, painting whimsical designs on their faces before shattering their bones and ending their lives. Just when death seems inevitable, Jason, with the help of another captive, manages to kill the madman and escape.

Hailed as a hero, Jason reaps the benefits of his newfound fame: a book deal, a possible reconciliation with his estranged wife, and reward money he can use to pay for his son’s costly medical treatments. But he soon realizes the nightmare that began in the deserted stable is far from over, as he is drawn into a twisted game where the darkest terror may not be the psychopath manipulating his every move, but what Jason may have to do to survive…

Author James Hankins recently discussed his latest novel, THE INSIDE DARK, with The Big Thrill:

I hope they believe they’ve been entertained and/or held in suspense for a few hours, and I hope they wonder what they would do in the protagonist’s situation.

The genre is pretty solid and doesn’t need help from me, but I hope the book adds a quality suspense novel to the shelves for our readers to enjoy.

I usually have a good sense of where a book is going when I start writing, but in this one my hero and my villain both surprised me a few times.

Sometimes authors of crime thrillers who write about psychopaths wonder themselves how they dream up such twisted ideas.

Authors like Greg Iles, Dennis Lehane, Stephen King, and Nelson DeMille, among others, write a variety of types of books/thrillers and do each kind well. 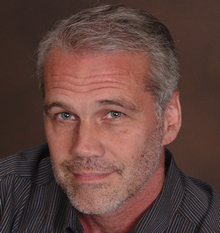 James Hankins’s novels of suspense include The Prettiest One, Shady Cross, Brothers and Bones, Drawn, and Jack of Spades. Each of his books has become an Amazon #1 bestseller, and Brothers and Bones was named to the Kirkus Reviews list of Best Books of 2013. Hankins lives north of Boston with his wife and sons and can be reached through his website; on Twitter (@James_Hankins_); and on Facebook.