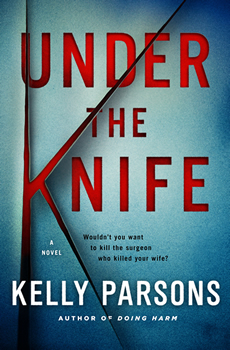 Biotechnology tycoon Morgan Finney is highly intelligent but shy and emotionally fragile. When his beloved wife Jenny dies of complications during a surgery led by Dr. Rita Wu, Finney’s grief turns to rage. He vows to kill Rita just as he believes she killed his wife.

But first he will systematically destroy her life. He will take what is precious to her just as she did to him. Aided by a mysterious man, Finney uses advanced medical technology to ruin Rita’s reputation and bring her to the brink of madness. Alone, fighting for her sanity and life, Rita reaches out to her to former lover, Dr. Spencer Cameron, for help. Together they must fight to uncover Finney’s horrific intentions and race to stop him before it’s too late.

Terrifying and captivating, Kelly Parsons’ UNDER THE KNIFE is a heart-pounding thriller that will have readers on the edge of their seats up to the very last page.

Parsons recently took some time out of his busy schedule to discuss UNDER THE KNIFE with The Big Thrill:

I simply hope readers will enjoy themselves and savor this story of what happens when a good doctor makes a bad mistake. Some of my most satisfying moments as an author occur when readers tell me they couldn’t put my book down.

I was surprised when four distinct points of view emerged in my head—one for each of the main characters—when I first sketched the outline for the book. So I decided to structure the book in chapters that alternate from one character’s perspective to another.

The villains: expect the unexpected of them! Each nurses complex motivations and hidden agendas.

“Parsons, who also is a doctor, shows himself to be more than worthy of penning a suspenseful story, complete with heart-stopping (as it were) medical scenarios.” — Newark Star-Ledger 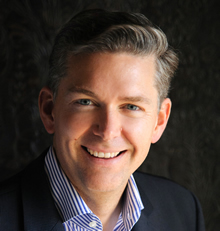 Kelly Parsons is the author of Doing Harm. He is a board-certified urologist with degrees from Stanford University, University of Pennsylvania, and Johns Hopkins, and he is on the faculty at the University of California San Diego. He lives with his family in Southern California.

To learn more about Kelly, please visit his website.