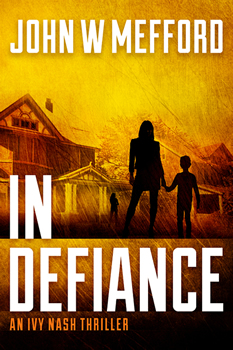 A volatile hostage situation at a foster home reaches a bitter end: shots are fired, some die, some live to tell a sordid tale. In the midst of the anguish and confusion is one child who will bear the scars of this unbelievable turmoil.

As a special investigator for Child Protective Services, Ivy Nash lives by one rule: she’ll do anything to fight for the wellbeing of children. Something that was never done for her. As a “system” kid, she spent time in seventeen foster homes.

Very quickly, the facts of the case are blurred…accusations of sibling abuse, connections to drugs. Nothing lines up, and authorities want it all to go away. Their target? A ten-year-old boy. Unrelenting in her pursuit to find the truth, Ivy and her new friend Cristina uncover alarming new information to pinpoint who is at the root of the crime.

But evil knows no boundaries. Shockwaves of her most horrific childhood memories erupt into the present, and Ivy knows that she’s in the fight for her life.

I’m excited and humbled to introduce the character of Ivy Nash into the thriller reading community. Raised as a “system” kid, she survived seventeen different foster homes, and then as an adult, she vowed to make a difference in kids’ lives and became a special investigator for Texas CPS. Kids have suffered greatly within the system in recent years in the state. Ivy is someone who has seen it all, experienced far worse, but doesn’t play the political games. Her purpose in life is change a kid’s life every day she can—doing whatever is needed.

This book hits every emotion in the spectrum while tackling a subject that is rarely discussed, especially to this degree of transparency. The reader is able to understand what a thirteen-year-old feels after experiencing trauma, and then, later, how the person as an adult responds to similar tragedies of younger kids. Readers will not only root for Ivy, but I hope also walk away with a renewed interest in seeing through the political fog to do what’s right for kids.

As I started digging through the research, I was staggered by the sheer number of kids who fall through the gaping holes of a system designed to help them. I really felt like I was writing this book on their behalf, because kids typically don’t have a voice. And while I authored it, Ivy is their voice.

A teenage girl named Cristina is a character that will stick with you for days, if not weeks, after you read the book.

Reading John Grisham as a young adult was the first time I began to wonder “Could I possibly…?” With IN DEFIANCE, that will be my 17th published novel. So, I think I’ve been able to answer my own question with a resounding, “Yes I can.”

Beyond Grisham, I’ve been influenced by James Patterson, Rick Murcer, and Lisa Gardner, among many others. I’ve recently discovered the work of Harlan Coben (I realize I’m late to the game), and I truly feel like we’re kindred spirits. 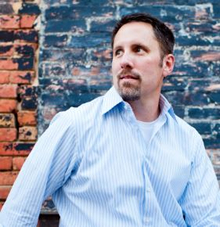 A veteran of the corporate wars, former journalist, and true studier of human and social behavior, John W. Mefford has been writing his debut novel since he first entered the work force 25 years ago, although he never put words on paper until 2009.

A member of International Thriller Writers, John writes novels full of intrigue, suspense, and titillating thrills. They also evoke an emotional connection to the characters.

When he’s not writing, he chases three kids around, slaves away in the yard, reads, takes in as many sports as time allows, watches all sorts of movies, and continues to make mental notes of people and societies across the land.