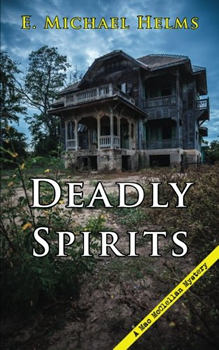 When private eye Mac McClellan joins a local paranormal society at his girlfriend’s request, he finds himself embroiled in a real whodunnit.

During Mac’s first paranormal investigation, the group’s leader is found dead at the bottom of a staircase, his neck broken. On the next outing, another group member falls to her death from the observation deck of a “haunted” lighthouse. Mac suspects there might be more to these deaths than a vengeful spirit. His launches an investigation that takes him for a true hair-raising ride.

The satisfaction of taking part in an exciting adventure, knowing the time invested was well-spent.

By living up to the standards set by many predecessors: hooking the reader and keeping him/her guessing; and by book’s end, leaving the reader satisfied yet wanting to spend more time with the main characters.

I was continually amazed at how the characters took over the storyline and basically dictated the book to me. I’m grateful for them!

As the story developed, I became increasingly interested in the paranormal myself. I went so far as to purchase a “ghost hunting” kit. I literally experienced several “hair-raising” experiences during my own investigation into “the other side!”

Erich Maria Remarque. He was a German soldier during WWI. I had read ALL QUIET ON THE WESTERN FRONT in high school. Returning from Vietnam with my own combat experience, I was drawn to his writings. His prose is both commanding and beautiful. I’ve since collected all of his many novels.

As for the mystery genre, I’ve come to admire Ross Macdonald and his body of work, especially his Lew Archer novels. Macdonald writes more than mere mysteries; his work delves into the heart and soul of families, their past, and how it many times comes back, years later, to affect their future. He’s brilliant.

“A good old fashioned detective novel with a modern twist and a hero who will appeal to a wide spectrum of readers . . . a feast for fans of hardboiled detective novels.”
— The Internet Review of Books

“Studly Mac and the bevy of available beauties who swarm around him should provide red meat for fans who still miss Travis McGee.”
— Kirkus Reviews 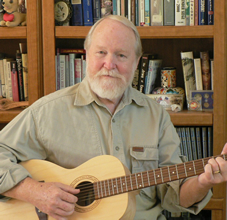 E. Michael Helms served in combat during the Vietnam War with the USMC. His memoir of his tour of duty, THE PROUD BASTARDS, has been hailed “As powerful and compelling a battlefield memoir as any ever written . . . truly a modern military classic.”

Helms is also the author of THE PRIVATE WAR OF CORPORAL HENSON, a literary novel about veterans struggling with PTSD years after the war; OF BLOOD AND BROTHERS (Books 1 & 2), a Civil War/Reconstruction saga. He currently writes the Mac McClellan Mystery series (Camel Press).

Helms lives with his wife in the Upstate region of South Carolina in the shadows of the beautiful Blue Ridge Mountains. To learn more, please visit his website.