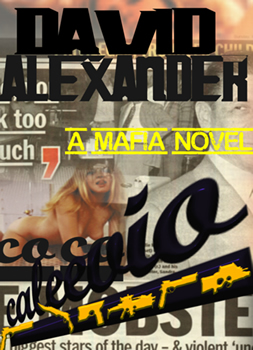 Dominick “Dee” de Venise’s textile warehouse has been in the family for generations, but he’ll have to torch it for the insurance money. De Venise has no other choice. The Mezzatesta family is into him for boo-koo bucks and if he doesn’t pay off, he’s history.

The only other option de Venise has is to stage a big-money heist planned by his crooked lawyer friend Arnie, but he’s already turned down that particular deal. Arnie’s plan is too risky, and besides, de Venise knows Arnie long enough and well enough not to trust him. De Venise doesn’t trust anyone to torch the business either. Wanting it done right, he plans to do it himself, then set up an ironclad alibi.

Everything goes like clockwork until the insurance company refuses to pay off on de Venise’s policy, leaving him with no business to run and no money to buy off his wise guy creditors.

With no more cards to play at this point, de Venise agrees to do the European heist. If nothing else, it will get him out of the country, and if de Venise is really lucky and really smart, there’s even an outside chance of him scoring the bucks he needs to get him straight with the mob and put him back in action.

Just like when he was a kid, the name of the game is CO—CO—CALEEVIO—single, double, triple. Catch the ball to win. Fumble the ball and … forget about it.

Author David Alexander recently sat down with The Big Thrill to discuss CO—CO—CALEEVIO:

You mean apart from a burning desire to read more from me? Well, for one thing I would hope they’ll recognize that I’m not trying to con them, that I’ve labored for months or years to write the book they’re reading, that I’ve gone over some passages scores of times until I was satisfied that I’d gotten them right. I also hope readers will draw the conclusion that I am not just out to make a fast buck but am committed to winning their respect for the legitimacy and authenticity of my work.

I used a storytelling methodology that shuttled from third person to first person, but was also non-sequential. This methodology allowed me to explore the protagonist’s personal history and motivations in a manner that replicates the way that I believe we all think—recalling different aspects of key life experiences and events; remembering, forgetting and ultimately re-remembering, as repressed material suddenly emerges from the stream of consciousness and surfaces through self-deception and self-induced amnesia.
I believe that the approaches I’ve used here are atypical to the crime fiction genre as a whole. Let me add please that this book is not mainly for readers who just want a quick Mafia junk fix. I have the undoubtedly unmitigated conceit to see it as literature, in fact.

Very many surprises and aha! moments. Some were the kind that I’ve almost come to expect by now, i.e., the discovery of things which I “need” to make the plot work that couldn’t possibly exist in reality, but in fact actually do.

Such a surprise was the discovery of “corpse cupboards” rumored to be built into at least some passenger aircraft in order to keep terrorists and hijackers killed in the air safely on ice and away from passengers until the plane can land. The other type of surprise is the kind that comes from the discovery of hidden connections that are in general right under one’s nose.

Such was the case with the character called Chotek. I had invented the name—or so I thought—as the unseen manipulator behind an ancient order of assassins I called the “Infessura,” a kind of leaner, meaner Opus Dei-style organization. While the Infessura was based on actual historical documents, Chotek was simply a name that popped into my head; one I thought sounded suitably sinister. However I subsequently discovered that Chotek too was, at least in part, real, as it later came to light that the family Chotek had been anciently connected with several conspiracies, plots and secret societies, including the infamous Black Hand.

And, yes, there were other surprises as well. There usually are.

The book is in some ways a roman á clef and contains numerous inside jokes and double entendres. One of them concerns the protagonist’s name, Dominick de Venise. If I say it a couple of times it … well, you did say “no spoilers,” didn’t you?

Different authors have influenced me in different ways at different times, and their influences have fallen on different literary genres and pursuits. When I was younger, for example, I was much taken with Norman Mailer for prose and LeRoi Jones for poetry. However my main exemplar was Ernest Hemingway, under whose influence as a college sophomore I wrote what might be described as an urbanized version of The Snows of Kilimanjaro that took place in Brooklyn instead of Africa. The story won me a cash prize from my old alma mater (as an alum I’m still a member of its book discussion club) for short fiction and, even more coveted, the vocal chagrin of one or two English lit professors who may have believed that I had exceeded the allowable quota of aspiring authors from Bensonhurst. Later, I began deliberately reading two or three different authors at a time as a preventative to getting caught up in any single author’s style. At present I can honestly say that I’m influenced by virtually everything I chance to read. Rarely do I encounter writings that fail to teach or show me something new and useful, often something inspiring. 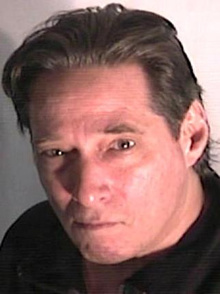 David Alexander began writing early in life and began writing uncoaxed and spontaneously. His fledgling appearance in print dates to a sonnet published in a New York City daily newspaper when David was in elementary school in Brooklyn. Between then and today, he has written and published in virtually every literary category, including novels, novelettes, short fiction, poetry, essays and film scripts. He received his early education via the New York City public school system. He later attended Columbia University in New York City and Sorbonne University in Paris, France.

In addition to fiction and creative nonfiction, Alexander has written technical papers on high-technology combat systems and their tactical and strategic applications as a defense analyst for some of the world’s most prestigious international defense publications. He is as conversant with the global corporate and civilian defense sector as he is with the military side.

As an author, Alexander can justly claim to have pulled himself up by his own bootstraps. Never has he benefited from anybody’s patronage. There have been no wealthy relatives with connections, no connections by marriage; no favors traded in secret, no hooked-up friends to fast-track his career. Nor has anybody but David Alexander penned the titles published over David Alexander’s byline. Alexander is a resident of Brooklyn Heights, where he has lived and written for many years.