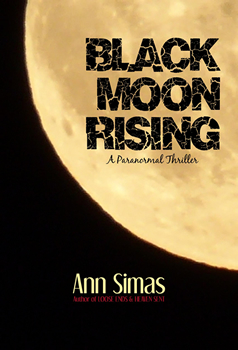 Sunshine Fyfe’s dealt with the death of her Navy SEAL husband, the birth of two kids, and life’s general ups-and-downs, but five visions in five days, each showing a different version of a disturbing event? What’s that all about?

From the moment Sunny stops to help a bicyclist down on the side of the road, her calm, sane life becomes hell on earth.

Detective Luca Amorosi doesn’t start out beholden to Sunny for helping his sister. How could he, when he’s been led to believe she’s the hit-and-run driver? With the truth comes another realization—he’s falling for Sunshine Fyfe in ways he never imagined possible.

From her dead husband’s letters, Sunny gleans information that sends her spiraling into a living nightmare. Cults. Blue moons. Sacrificial lambs. She does the only thing she can to prevent the dire future her visions foretell.

Will her efforts be too little, too late, or can Sunny save her children, her family, and the man she’s come to love?

Author Ann Simas recently took time out of her busy schedule to discuss her latest thriller with The Big Thrill:

A sense of enjoyment, a sense of adventure, and a sense of wow-I-never-saw-that-coming!

I want to be a fresh new voice to the thriller genre. BLACK MOON RISING deals with serious topics, but I also let my characters have fun (and fall in love). I have been told my previous books are page-turners, and that’s my hope for this one, as well. My story is complicated, fast-paced, and I hope, unique. I loved doing my research and using what I learned in fascinating ways that readers will enjoy.

I’d never heard the term “black moon” before I started researching blue moons for this book. As soon as I saw it, I knew it had to figure into the title of the book, henceBLACK MOON RISING. I specifically photographed a blue moon rising in summer 2015 so that I could use it for my cover.

The initial idea for the opening scene came from an experience I had several years ago. Being a writer, of course, I had to deviate from my satisfactory resolution to one that would take my character, Sunny Fyfe, on a rollercoaster ride from hell.

Dean Koontz, because he incorporates multi-genres into his books, which I believe has paved the way for authors like me to do the same.

Lisa Gardner, Karin Slaughter, Val McDermid, PJ Parrish, Carol O’Connell, and others like them, because they are not afraid to take chances and deviate from the “norm.” They gave me the courage to write what I wanted to write.

Cynthia Freeman, who said (paraphrasing), “For God’s sake, don’t let the fear of failure keep you from the thrill of trying.” 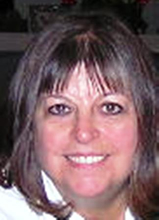 Ann Simas lives in Oregon, but she is a Colorado girl at heart, having grown up in the Rocky Mountains. An avid word-lover since childhood, she penned her first fiction “book” in high school. The author of 15 novels and seven short stories, she particularly likes to write a mix of mystery/thriller/suspense, with a love story and paranormal or supernatural elements.