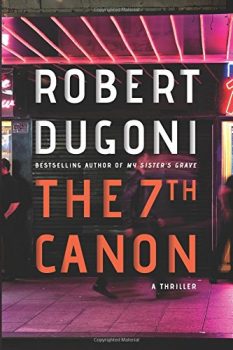 In the seventh grade, a young Robert Dugoni delivered a speech that would forever change the course of his life.

Assigned to write an essay on the topic of slavery, Dugoni chose to take the position of an apologist—a person who offers an argument in defense of a controversial topic. He worked hard on the paper, digging deep into the research and carefully crafting the words he was sure would impress his teacher, Sister Kathleen.

At the end of his speech, she silently curled her finger back and forth, motioning for him to follow her out of the room, where his peers clapped as he retreated from one class to another, delivering his speech for a second time, again to a virtually speechless crowd of his peers.

It was then that he came upon two realizations: he had written something pretty impressive; and, writing was something that he wanted to do for the rest of his life.

Unfortunately, Dugoni was the middle-ish child in a family of ten “compulsive overachievers” who were either studying to become doctors or marrying doctors, and rather than cop to his true passion, he “wrote” his way into law school with journalism, and eventually embodied the career that satisfied his family’s expectations.

A “charade” that lasted more than a decade.

“The desire to write never went away,” Dugoni says. “But the idea of writing a novel while practicing law seemed so impossible to me—unless you’re Scott Turow. I couldn’t do both.”

So, in the midst of one semi-tipsy evening of self-reflection, Dugoni impulsively called the local theater company and signed up for…acting.

“Everyone else was in jeans and T-shirts, and I walked into that class with my suit and my shirt and tie,” he recalls, laughing. “I did theater for ten years and that really rekindled my love for writing.”

At the age of 39, Dugoni dropped law and decided to give his true passion an honest go, eventually securing an agent who not only took a chance on one book, but actually subbed three very different manuscripts. Two sold quickly, becoming the first and second books in his popular David Sloane series.

Dugoni never gave up on that third manuscript though, which this month publishes as THE 7TH CANON, a stand-alone legal thriller that explores the American Bar Association’s code of ethics that states that a lawyer will do his or her best to defend their client—regardless of guilt or innocence.

Set in San Francisco’s seamy Tenderloin district during the 1980s, the story features up-and-coming lawyer Peter Donley who is tasked with defending a priest accused of murdering a teenage street hustler—despite the fact that Donley himself isn’t convinced of the priest’s innocence, particularly as evidence to the contrary continues to mount.

The idea originated not from Dugoni’s career as a lawyer, but rather, a conversation he had with bestselling author and defense lawyer Phillip Margolin who had faced several “7th canon” instances during his time in law.

“He couldn’t care about whether his client was guilty or innocent. His job was to ensure the rules of the constitution were being followed,” Dugoni says. “I think one of the things that is most upsetting with this Black Lives Matter movement is that people are realizing that we have a whole segment of society that is not accorded the rights under the constitution.”

As society continues to evolve, Dugoni hopes that this will change, particularly with the advent of technology that leaves little room for debate—a fact he didn’t need to worry about while writing THE 7TH CANON.

“I remember when one of my colleagues first brought in a PC, a little Mac computer,” he says. “And we heard that they were trying to create technology that would allow us email someone in another room. That was mind blowing back then, but look at how much technology has changed since then.”

All factors Dugoni had to ignore. No cellphones. No laptops. No rescue from the bad guy thanks to GPS tracking or wayward Pokemon Go trackers. By jumping back to the ‘80s, Dugoni had to forego the electronics—and it was incredibly fun.

“That was an interesting time in San Francisco,” he says. “There was a lot going on. The Tenderloin area was getting more homeless people, and the city was trying to get a handle on it. I had lived through all of that.”

And reliving it seems to resonate with Dugoni’s readers as well. There is already an impressive gathering of fans eager to see a follow-up book for young Peter Donlay, but Dugoni isn’t sure he’s quite ready to jump back to the ‘80s just yet.

“The book is doing really well,” he says. “And there are some interesting characters I could play with. I’ll have to weigh the pros and cons, but it could be a lot of fun.”

Until then, readers can expect new works in Dugoni’s Tracy Crosswhite series—and maybe a few more surprises along the way. 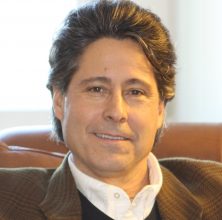 Robert Dugoni is the New York Times, Wall Street Journal and #1 Amazon Bestselling Author of the Tracy Crosswhite Series: My Sister’s Grave, Her Final Breath and A Clearing in the Woods. Amazon, Library Journal, and Suspense Magazine all chose My Sister’s Grave as a 2014 Best Book of the Year. He is also the author of the critically acclaimed, David Sloane series: The Jury Master, Wrongful Death, Bodily Harm, Murder One and The Conviction. Dugoni has twice been nominated for the Harper Lee Award for Legal Fiction, was a 2015 International Thriller Writer’s finalist for thriller of the year, and the 2015 winner of the Nancy Pearl Award for Fiction. His novels have twice been recognized by the Los Angeles Times as a top five thriller of the year and his nonfiction expose, The Cyanide Canary, was a Washington Post 2004 Best Book of the year. Dugoni’s standalone legal thriller, The Seventh Canon will be released September 27, 2016. Dugoni has been likened to Scott Turow and Nelson DeMille, and the Providence Rhode Island Journal crowned him the “the undisputed king of the legal thriller” and the “heir to Grisham’s literary throne.” His books are sold world-wide in more than 20 countries and have been translated into more than a dozen languages including French, German, Italian and Spanish.