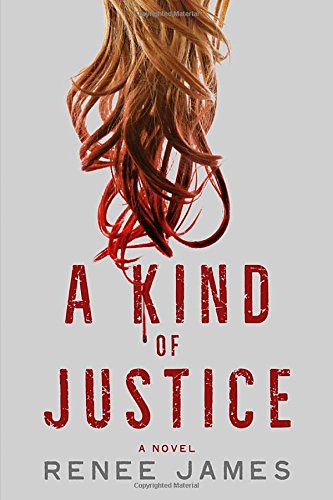 “Write what you know” and “begin with the character” are two common—perhaps clichéd—pieces of advice most writers hear throughout their career. For Renee James, those words of wisdom culminated at a crucial point in her personal life, a time when she had finally come to terms with her true identity and was struggling to decide whether she wanted to live the rest of her years as the man she was born as, or the woman she is.

Inspired by her wife’s sage advice, James ultimately decided to keep her true self private, instead exploring her emotions through a fictional journal that imagined what life could have been like if she’d made the decision to fully embrace the change.

That diary turned into a 50,000-word character study that became the back story of Bobbi Logan, one of the most successful transgender women in Chicago—and the protagonist of James’ Bobbi Logan Crime series.

“Bobbi’s origins were really my own coming out story,” James says. “A way for me to process my feelings, and even imagine what life would be like for me as a woman.”

That first book—originally published as Coming Out Can Be Murder in Chicago and then re-published as Transition to Murder—was admittedly light on plot, but achieved exactly what James intended from a character standpoint. For A KIND OF JUSTICE, James focused more on plot.

Within the space of a few weeks, Bobbi’s thriving salon goes bankrupt, her ex-wife is in dire need of her help, and a hateful police officer is hell bent on convicting her of a crime she didn’t commit—the murder of John Strand, a pillar of the community and a sexual predator.

“I write in first person with the hope that the non-transgender community can identify with Bobbi, for at least as long as it takes to read the books,” she says. “She is intelligent and witty, someone you could respect.”

Mission accomplished. New York Times bestselling author Jodi Picoult writes of A KIND OF JUSTICE, “You’ve most likely never met a narrator like Bobbi. Tough, tender, funny, full of heart—and a transgender woman—she is navigating not just a new life, but also an unsolved murder that a detective is trying to pin on her. Renee James takes the reader on whirlwind of a ride, while subtly revealing the honest heartbreaks and successes of the trans community.”

The quote strikes a chord with James, who wants to contribute to the LGBTQIA community in a meaningful way, keeping the momentum of acceptance striving forward. James is quick to acknowledge that recent coming out stories—such as that of the Wachowski sisters—has created a monumental awareness of transgender issues, but when she’s out in public, James is conscious of how people view her.

These observations—and the feelings and vulnerabilities that often come with them—are acutely described in James’ work, and in the very make-up of her protagonist.

“I cursed her with my sensitivities,” she says. So much so that her first draft of A KIND OF JUSTICE received a loving critique from her beta reader that resulted in lopping off 20,000 words of “overwrought” text.

Not surprising for someone who penned both novels with little knowledge about how to write a book. Unlike most journalists, James never seriously considered herself a writer of fiction.

“I wanted to have written a novel, but I never had a story to tell—until this came along,” she says.

Now the ideas won’t stop. She has already turned in a third Bobbi Logan manuscript, but perhaps even more interesting is that she’s sold an upmarket adventure story which she’ll publish in 2017 under her male pen name. While she prefers to keep that identity anonymous—for now—it’s clear the story is as, if not more, important to her than her Bobbi Logan Crime series.

“I’m not out to my family, other than my wife and a few select others,” she says. “But I do want to leave a legacy for my kids and grandkids. This book—the adventure—is the book I wrote for them.”

Renee James is the pen name of a Chicago writer who lives in both genders. In her male persona, James had a long career as an award winning magazine editor and writer, and she once wrote about cowboys and Indians for the Time-Life Books Old West series. She became a partner in a small magazine publishing company, resurrecting failed magazines and selling on the eve of the Great Recession.

She developed the character of Bobbi Logan on airplanes and in airports, starting with a fictional memoir of the life she might have led if she had chosen to transition to female earlier in life. After becoming a fulltime freelance writer in 2010, she created a novel from that character sketch. Coming Out Can Be Murder was self published in 2012 and won the Chicago Writers Association Indy book-of-the-year award, and a bronze medal from ForeWord Reviews. The book was republished in 2014 by Magnus/Riverdale Avenue Books with a major plot change as Transition to Murder.

James is married, with three children, seven grandchildren, and a cocker spaniel who’s fine with having a best friend who loves dresses and makeup and wilderness camping with equal passion.