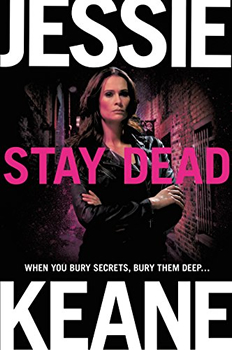 There’s something intoxicating about getting lost in a book, and since I hit pay dirt (at last!) eight years ago and started on my life as a professional writer, I’ve been busy getting lost in a whole series of them.

In 2008, I was flat broke, living in the suburbs of southern England with no heating and (after 20 years of rejection slips and forays into comedy crime and chick-lit) the firm idea that I had to give up on the idea of writing books and get a “Proper Job.”

Having a fractured home life, I left school without qualifications, missing my chance to go to art college. After that, I had loads of “filler” jobs—dental nurse, deli meat-slicer, clerical assistant. I taught myself to type (only so I could write books) and became a secretary for a short while. But what I really wanted to do was write.

I’ve always been obsessed with London, I think it’s the most beautiful city in the world, and so—obstinate to the last—I decided to give it just one more throw of the dice. If nothing happened, then that would be it. Finished.

I wrote Dirty Game, an underworld thriller set in 1960’s “swinging” London, home of the Krays and other big criminal gangs. I invented a villainous, charismatic hero called Max Carter who was hot as hell, and Annie Bailey who was a beautiful bad girl, unloved by her parents and envious of her good sister. Max and Annie came together. Fireworks!

Reader, I sent it off to agents. You know how it is at this stage. You’ll send it out into the world, your baby, to up to maybe 30 agents and few of them will even bother to answer. I sent it to six—and two answered! One demanded rewrites and said she might have someone who’d be interested, but not to hold my breath. Was she kidding? This was never going to happen. I knew it.

Only I was wrong. Next day the agent came back and said, “are you sitting down?” I had a three-book deal with a major publisher, for a six-figure sum, so I had to get on with writing book two, sharpish.

DIRTY GAME became a number one Heatseeker, a bestselling phenomenon. Ever since then, I’ve been busy, finishing one bestselling book and then on to the next. Inbetween, I’ve moved to the country, gotten into a new relationship, and worked harder than I’ve ever worked before.

So far I’ve just about completed 12 books, all grab-you-by-the-throat thrillers. Some of them have been standalones, including Jail Bird, The Make, and Dangerous.

I love a series, though. Couldn’t resist beginning a new one, and that was Nameless starring Ruby Darke, followed by Lawless. There’ll be more of Ruby, that’s for sure.

But the series devoted to Annie and Max Carter has taken up a fair bit of my time.

Black Widow followed Dirty Game. In Black Widow, Annie wins Max and then loses him; and their child vanishes.

Then came Scarlet Women, in which Annie’s old stomping ground Limehouse is plagued by a serial killer of prostitutes and she gets mixed up with a Mafia godfather. After that? Playing Dead, in which Annie’s world blows up in her face. When the dust settles, she finds that someone has been lying low, just waiting their chance…

And then there’s Ruthless, in which the past comes back to haunt Annie Bailey—who is now Annie Carter.

And now there’s STAY DEAD. Annie Carter rides again, kicking ass in her own inimitable way, keeping deep dark secrets. Only trouble is, secrets have a habit of coming to light—and then there’s hell to pay.

I’m particularly excited about STAY DEAD. Of all the Annie Carter series, this one’s looking like my favorite. And Annie’s such a compulsively readable character. She’s tough, gutsy, and she’s seen it all—as a madam in her aunt’s brothel, as a gangster’s moll, as a Mafia queen and then as the ruler of the East End streets, she’s a force to be reckoned with.

And she’s so glamorous! Take a look at the cover of STAY DEAD and that’s her, exactly as I always pictured her in my mind—eagle-eyed, unflinching, turning over every stone to find out the truth about her dear old friend Dolly’s death.

Will there be any more Annie and Max books? I think so, yes. All I need is that little ‘ping!’ in the brain that tells me inspiration has struck, and I’ll be off again, diving into the underworld alongside them. It’s such fun. 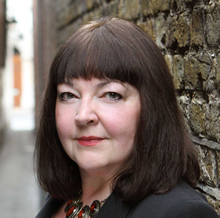 Jessie Keane was born rich. Then the family business went bust and she was left poor and struggling in dead-end job, so she knows both ends of the spectrum and tells it straight.

To learn more about Jessie, please visit her website.