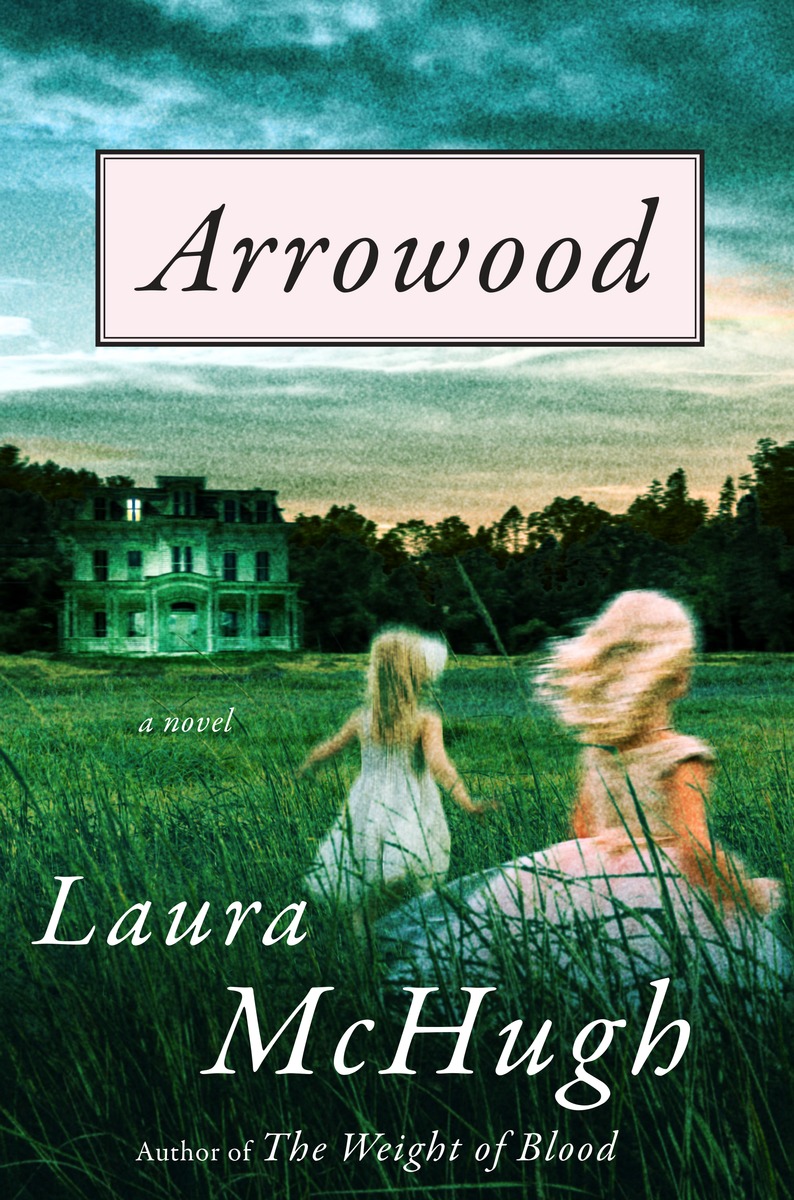 Last summer, at the opening reception of ThrillerFest X, I noticed a young woman standing alone in the crowd with a somewhat lost expression on her face. “Is this your first ThrillerFest?” I asked. Her eyes widened in mock mortification. “Is it that obvious? I should’ve been here last year when my book came out but I didn’t know about it.” Two nights later at the awards ceremony, everyone in the room would know Laura McHugh when her book The Weight of Blood was named Best First Novel.

ARROWOOD, her second novel, will not disappoint the many fans of her debut. Set in a small Iowa town on the Mississippi River, Arden Arrowood inherits her run-down childhood home twenty years after she witnessed the kidnapping of her young twin sisters. Upon her return, she is confronted with a discovery that forces her to question her own memory of that traumatic summer. Some called McHugh’s first novel rural noir, while others referred to it as literary suspense.  ARROWOOD could claim both labels as well, although an element of the paranormal has been added to the genre mix.

“I didn’t have any labels in mind when I wrote The Weight of Blood—I just wanted to write something that would keep the reader turning pages,” McHugh admits. “I didn’t plan any haunting in ARROWOOD aside from the sense that Arden is haunted by her past. But the story moved a bit in that direction and I didn’t shy away from it. I personally love books that blur the lines between mystery/suspense, science fiction, horror, paranormal.”

So it should come as no surprise to learn that McHugh counts works by Ray Bradbury and Stephen King as early influences, with a special nod to Shirley Jackson. “We Have Always Lived in the Castle has long been one of my favorite books,” she says, “and a house features prominently there as well. I love the narrator, the horrible family secret and the way it is slowly revealed, and the fact that the true surprise is not the revelation of who poisoned the family, but how the survivors reacted afterward. It’s one of the few books I go back and re-read periodically.”

I was struck by similar anthropomorphic qualities of Jackson’s Hill House and McHugh’s historic home Arrowood—although the two are very different. Whereas Hill House is a malevolent presence, Arrowood seems to bear an uncanny empathy for Arden. I wondered if McHugh had any personal experience with haunted houses.

“I’ve never had a ghostly encounter of my own, but my grandma told some wonderfully creepy stories about the various farmhouses she grew up in in rural Kansas and Missouri. One house, where someone had been shot and killed, still had bullet holes in the stairwell and a bloodstain at the foot of the stairs that would return every time they scrubbed it away.”

She couldn’t resist using a detail like that in ARROWOOD. But what makes the book particularly compelling is its exploration of the psychological complexities of memory and how it intersects with the past.

“I have a fascination with nostalgia, and the interplay with memory, all its quirks and machinations,” explains McHugh. “I suspect part of this comes from my own past—I’m much younger than my seven siblings, and while we have many shared childhood memories, there are plenty of things I can’t possibly remember in the way that they do. I have memories of certain details and events from houses and towns where we lived when I was very small, but I can’t be sure how much is actual memory and how much was woven together from their retelling of these things. Is it really possible that I remember the stairway and the curtains of our house that burned down when I was two? That I remember seeing smoke seep from the windows? I don’t know. So, in a sense, my own childhood is a fabrication, no matter how real it is in my mind. I’ve also read a lot of interesting pieces about the unreliability of eyewitness accounts, and I was especially interested in the way these accounts could affect an investigation—possibly moving it in the wrong direction. These were things that I wanted to explore in ARROWOOD.”

McHugh has said that when she began writing The Weight of Blood she had no idea what story would develop or how it would end. She took a different approach to writing her second novel, one that was not as successful as she had hoped. “I tried to do more outlining upfront, thinking it might save me some missteps or make the process go faster,” she admits. “What it did was take the joy out of writing. Turns out it’s very dull to know what is going to happen and to spend your time figuring out how to get from point A to point B, so I gave up on the outline partway through. The story develops more naturally for me if I figure out the characters’ motivations and desires and secrets and let that dictate how the plot will unfold. I did have a better idea of how this book would end, though. I knew, before I wrote down a single word, what had happened to the twins.”

At ThrillerFest X, I remember Steve Berry’s encouraging speech to the debut authors about Second Book Syndrome. “You only fail if you stop writing,” he said. After reading ARROWHEAD, I couldn’t imagine Laura McHugh might have been in need of such sound advice and was surprised to learn otherwise.

“I think there is definitely a different kind of pressure for the second book,” she says. “I wrote the first one on my own time, and I didn’t have to show it to anyone until I had it just the way I wanted it. With the second book, in addition to writing, you’re putting energy toward promoting your first book, doing talks, visiting book clubs, interacting on social media. You’re wondering if you can really write another book, and whether it will meet expectations. There are external deadlines. At one point I made some drastic changes in response to feedback, and I wasn’t happy with them, so I ended up changing it back. Then my brother passed away unexpectedly just before I received a round of edits, and I felt mentally distanced from the story for a while. I got through it all by waking up each day, terrified that I couldn’t finish the book, and repeating a simple mantra to shut out all the noise: ‘It’ll be okay. You just have to do the work. And you can do the work.’ I learned a lot this time around about what works for me and what doesn’t.”

She has also learned the importance of support from other authors, like Carla Buckley who first told her about ITW; or those who provided blurbs, such as Karin Slaughter, Meg Gardiner, and most recently Lee Child, who has called ARROWOOD “superb and subtle psychological suspense.”

“It’s huge,” says McHugh. “Especially for a debut author living in the middle of nowhere with no connections in the publishing world. It’s incredibly generous of these established authors to give their time to help a stranger. Then I attended ThrillerFest and met so many kind and supportive ITW members who made me feel welcome in this community—including a certain author who came up to talk to me when I was standing alone that first night, not knowing a soul in the room. 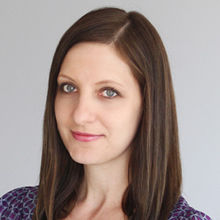 Laura McHugh is the author of The Weight of Blood, winner of an International Thriller Writers Award and Silver Falchion Award for Best First Novel. The Weight of Blood was named a Best Book of the Year by BookPage, the Kansas City Star, and the Sunday Times UK, and was also nominated for a Barry Award, Alex Award, and GoodReads Choice Award. McHugh lives in Missouri with her husband and children.