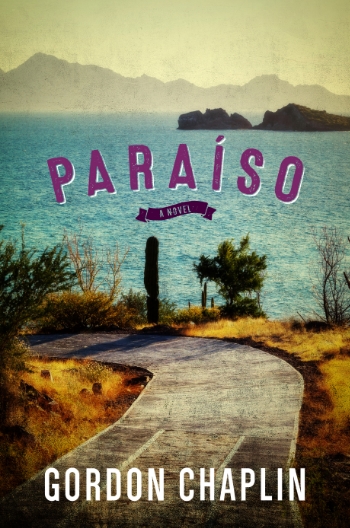 PARAISO is the new genre-bending thriller from Gordon Chaplin. The story follows the relationship of brother and sister, Peter and Wendy, as they make their separate journeys to Paraiso, facing murder, terrorism, and many dark secrets. Gordon Chaplin very kindly took a few moments out of his Memorial Day celebrations to talk to me about PARAISO, writing, and his feverish imagination.

PARAISO opens with Peter and Wendy making a break for Mexico as children. Why Mexico? Was this important for you as an author? Have you been to Paraiso?

For the last 30 years I’ve co-owned a house in a little village in Baja very similar to Paraiso. From the moment I arrived the town and its characters seemed an ideal setting for a novel. It is known throughout the region as a magical town and recently was officially designated a Pueblo Magico, making it eligible for all kinds of government financed “improvements” which actually haven’t helped it much.

The story is written from two perspectives, Peter’s in the first person and then Wendy’s in the second. Did you identify more with Peter than Wendy as an author, and can you tell us about Peter? Do you have a similar Peter/Wendy relationship with your own siblings?

All novels draw on material the author is familiar with, starting with his or her family situation. This is all I want to say on this subject.

Another famous Peter and Wendy duo comes from classical children’s literature and throughout the book you reference Peter Pan. How did this story influence your own work?

PARAISO is the dark side of Peter Pan. My story is designed to resonate ironically with the famous fairy tale, forcing the reader’s mind into new and noir connections with material that is part of everyone’s childhood. James Joyce used a similar technique in Ulysses, his 20th century parable based on the Odyssey. It recognizes that all stories we tell each other are based on earlier stories.

Wendy’s past is very troubled and as we learn more about her past we also see mistakes in her future. She has a fling with a very dangerous man, which ultimately leads to a climatic conclusion. Can you tell us more about Wendy and the themes behind her character and storyline?

Everyone tries in their lives to come to terms with childhood trauma. The British poet Philip Larkin wrote the famous line: “Parents! They fuck you up.” Indeed! Wendy is struggling with the effects of early abuse by her psychopathic mother, an abuse that her brother Peter doesn’t sympathize with or understand until the book’s end. The book opens with Wendy actively looking for trouble, and concludes with her finding it and conquering it with the help of her estranged brother.

One of the most powerful scenes for me, as I’m sure many readers will agree, was Peter’s time in New York when the World Trade Centre was hit. Peter spends this scene on his back, almost out of the loop of what is happening, but you managed to create a powerful scene without showing us anything. Was this deliberate and what were your own experiences of 9/11?

I thought it was an original way to approach an all-too-familiar disaster, to have the main character incapacitated by a very mundane, almost laughable physical problem—a back spasm—in the middle of it. It puts the almost incomprehensible turn of world events into a poignantly black-comic perspective. My own experience of 9/11 was very similar, but without the back spasm and the threatened assistant.

Both Wendy and Peter are connected to the world of publishing, Wendy has just published a book and Peter is an editor. Were you able to incorporate your own background as a writer and journalist into the story? Was this deliberate?

I believe you have to write about what you know, and I’ve been involved in writing and publishing all my life.

In writing a story like PARAISO, how much research did you have to do? Is research something that comes naturally to you?

I did very little research for PARAISO, other than Claire’s mountain-climbing background, because I was intimately familiar with most aspects of the story. But I don’t shy away from research in general…some of my other books, particularly non-fiction ones, involved considerable research.

What is your favourite scene in the book and why?

The surfing murder scene is probably my favourite, and one that I often read at events (if I can keep myself from choking up.) It’s highly dramatic and quite complicated, because the murder itself is filmed by a woman who is pregnant by the murderer.

It’s very hard.  I have to be away from my wife and eight year old daughter and have an open schedule, nothing else pressing. This can only happen four hours upstate, where I have a writing studio. I can’t write in the city. Luckily my wife understands this, but I don’t think my daughter does. Earlier in life, when I had two other young daughters (now grown), I created a writing space in the crawl space under our eaves, insulated against temperature and sound, and reachable only by ladder through a trap-door. It didn’t actually work very well. Sometimes writing in spare rooms in other people’s houses works.

What is next for you as an author? Any other projects in the pipeline?

I’m working on another novel that’s so strange I’m not sure it will ever come together. I’ve got about 60 pages done now, enough to let my wife read. What she has to say could easily determine if it has any future in the real world, as opposed to my rather feverish imagination. 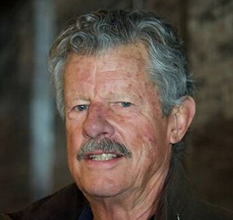 Gordon Chaplin is the author of the novel Joyride and several works of nonfiction, including Dark Wind: A Survivor’s Tale of Love and Loss and Full Fathom Five: Ocean Warming and a Father’s Legacy. A former journalist for Newsweek, the Baltimore Sun, and the Washington Post, he has worked on sea conservation with the group Niparaja and since 2003 has been a research associate at the Academy of Natural Sciences in Philadelphia. He lives with his wife and daughter in New York City and Hebron, New York.