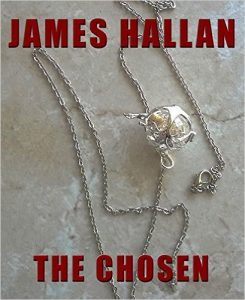 New Mexico…one of dozens of unnamed places scattered across the vast White Sands desert. Proiect Balcescu, located north and east of Bucharest, Romania. The American director is Charles Rodham; the Romanian is Andre Dalakis. Charles and Andre are longtime friends in the human evolution scientific community with a shared dream: mankind will, one day, become naturally immune to all known pathogenic diseases. That will take tens of thousands of years and billions of lives lost to diseases. But we don’t have to wait…we have the key now, the human genome…we can make a better man…a genetic bend here, a twist there, snip, cut, slice and…it’s easy, when you’re a true believer…when you have the science…when you have the massive funding from your government…when you know you can not only play at being God…you can be God. The clarion call sounds out…we’re doing this with the best intentions…we’re doing this for the common good. The usual excuses, before the running and the screaming…

Success: two near-simultaneous births, a boy in White Sands, a girl in Romania; they’re perfect, as intended; naturally immune, as engineered. But wait, there’s more…advanced 50,000 years down the evolutionary chain, an odd rapid initial physical and developmental growth, maturity in five years; off-the-chart intellectual capacities; superlative physical strength, and a handful of other unique attributes never seen before because they’re found with another branch of the tree no one knows exists. The kids grow up quick, understand their place in the grand scheme, then toss the grand scheme out the window when they find each other and figure out they’d be so much more effective if the rest of these plebeians weren’t around…

Enter The Chosen…God’s Plan B…vampires who aren’t…vampires. Try this: The Big Bang was the Creator Himself; got the universe made, got this blue marble spinning round ’n round; populated it with all sorts of breathables., including us; did it all in six days…that’s moving, folks. Then He turned it all over to caretaker Mother Nature and went off the grid. Now, Ma Nature’s a great gal, but she ain’t perfect, and, uh, messes things up now and then, a broken gene can be a terrible waste, ya see, and the end result, if left to continue down the road, could wipe out the rest of the bloodline. And there’s yer problem ‘cause Mom’s not too keen on fixing what she broke…

But The Creator kept an eye on things because He’s got plans for mankind. Plan B? A spinoff, a new branch of the big tree…human…very human. He gave’em accelerated growth, ‘way above average physical prowess, (sound familiar? Yeah, that branch no one knows even exists), extended life spans, (because He doesn’t need that many), ESP-like abilities to identify the damaged ones, and yes, dear reader, fangs and talons and…well, read on for more on that. And forget all that crap about white faces and bloodshot eyes and they only come out at night and fear of garlic and no reflection…geez, huh? Huge misunderstanding born of ignorance and superstition and besides, you just can’t fix stupid. Six hundred years ago people believed they existed…but we got smarter, and we forgot about’em. Today? Vampires are just bad fiction and worse movies, right? Amazing how misdirection works sometimes.

The mission, His mission: find the genetically damaged ones, the dangerous ones, the threats, and remove them quickly, safely, permanently. The Chosen, have done that for 400,000 years. But now there’s a new threat because some men who should have known better played at God, and that just never works out.

The Chosen…sometimes you just have to believe….

THE CHOSEN is available from Amazon.

After years of hunting him, a detective captures his nemesis, a pedophile who kills young boys. The evidence is indisputable with his DNA found on the latest body. The trial begins, but the defendant is smug that he will beat the charges. A twisting, breath-taking tale of suspense that takes you on a ride and doesn’t let you go. Highly recommended read.

A very enjoyable read. The story and the characters are easy to get into. Some books are great to sit down and just get wrapped up into. This is one of them.

Again a wonderful read and I look forward to the next story from Mr. Hallan.

Hallan’s writing is simply brilliant – he makes you see and feel what each one of his unique characters feel as they suffer through a justice system that is more criminal friendly than victim sympathetic. It is a well-crafted and suspenseful story that leaves you with such huge emotional satisfaction at the end that you don’t worry about the moral quandary that comes with it.

Highly suggest picking up this read

James Hallan is the alter-ego of Jim Silver, oreviously published hardback author of Assumptoin of Risk and Kill Zone by Simon & Schuster, and author of Low Country, which spawned the on-going ‘Low Country’ series of e-books.

Was a Time by James Hallan