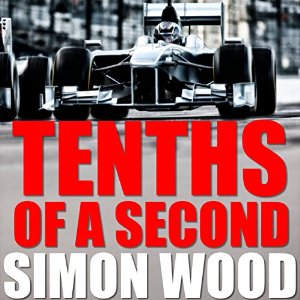 In this sci-fi-fantasy, short story, Martin Warwick is a down on his luck racecar driver. His only accolade is to make the other drivers look good with his mediocre performances. It’s not that Martin is a bad driver. He’s just not had the breaks. He needs a better sponsor which would get him a better car and a little luck to put him ahead of the pack. The break comes in the form of the mysterious Mallory. He doesn’t have money or connections. He has a device to make Martin and any car he drives better.

When your hopes and dreams are just outside of your grasp, you’re willing to do anything, regardless of the consequences. Martin is about to find out what the price of fame really costs – and he’s willing to pay it gladly.

TENTHS OF A SECOND is available from Audible and iTunes.