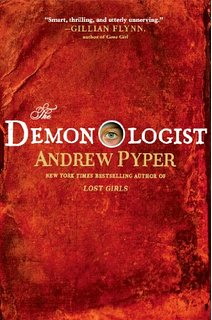 From Paradise Lost to Rosemary’s Baby, Satan hasn’t exactly been hiding in hell when it comes to storytelling. But in the last decade, with supernatural fiction cycling through vampire/werewolf/zombie, it seems the Prince of Darkness lingered in the shadows of society’s fascination, waiting to take his moment in the cultural spotlight.

Could the time be now?

“Horror fiction—and genre fiction generally—feeds upon the anxieties of the moment, and spits them back at us in transfigured, mythologized forms,” says Andrew Pyper, bestselling author of several literary horror stories, including The Demonologist, winner of the ITW award for Best Hardcover Novel in 2014. “Even on the intimate level of the people in our immediate lives and the conversation around the ‘sociopath next door,’ we turn, justifiably, to a consideration of the many ways intelligent, ancient entities such as demons might mask themselves in 2016.”

Indeed, the devil of today takes many guises, from the metaphorical symbolism of humanity’s darker side to the ruthless mastermind of Constantine to, most recently, the debonair depiction in Neil Gaiman’s Sandman graphic novel, now a FOX TV hit called Lucifer. Portrayed by Tom Ellis, Lucifer Morningstar is a tongue-in-cheek devil who abandons his post in hell to run a nightclub in Los Angeles, and gets caught up in local police investigations of juicy murders. That’s right. Given his druthers, His Satanic Majesty would like a ride-along.

“I think the success of the show comes from the fact that it doesn’t take itself too seriously,” says Lucifer showrunner Joe Henderson. “It’s OK to have fun. That also allows us to bring the audiences’ guard down, and surprise them with moments of empathy, horror, and humanity.”

Which is, of course, part of the show’s allure. You can get so caught up in Lucifer’s modernized characterization—basically, a rebellious teenager saddled with the baggage of history’s most dysfunctional family—it’s perhaps easy to forget that the devil by any name is still the baddest bad guy of them all.

“I think people love the idea of the embodiment of evil,” Henderson says. “Taking that concept and giving it form. And for our show, I think they like taking a character we all assume we know so well—one of the few ‘characters’ in the world who we all recognize and have large preconceived notions about—and turning that on its head. The devil as one of us.”

Some novelists are more intrigued by demons’ possible roles as doppelgangers to humanity.

Pyper says, “I’m fascinated by the idea that a species of intelligent, human-like beings have always lived with us, provoked us, waited for opportunities to undermine our ways of life, our families, steal our happiness, and trouble our lives. Demons are spiritual terrorists: their goal is to topple human civilization by psychological influence, rhetoric, and horror more than physical action. To entertain the thought that they are also real—verifiable, universal, material—is exciting and impossible to dismiss.” 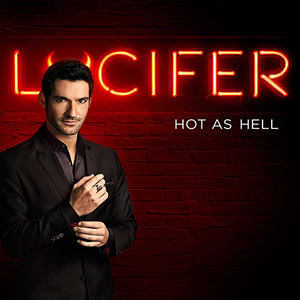 The publishing industry agrees—though with some hesitation. While the devil and his minions may be burning up the small screen on shows like Lucifer, Damien, Supernatural and Cassandra Clare’s Shadowhunters, Satan himself is in a bit of a no-fly zone. In the book world, demons are commonly relegated to paranormal romance and that genre has seen better days. There are some notable exceptions in fiction–Deborah Harkness populated her well regarded A Discovery of Witches books with a range of non-humans, including demons. As has Charlaine Harris. So do demons need a crowd?

It could be that Satan is still too … hot. When John Boenher, former House Speaker, wanted to take aim at Ted Cruz, he ripped the Texas senator in a Stanford University talk by calling him “Lucifer in the flesh.” The news cycle went wild, even interviewing avowed Satanists who, to a man, rejected the analogy. Satanic Temple spokesman and co-founder Lucien Greaves told Salon: “I find the statement to be indicative of a dysfunctional way of thinking. When anything goes wrong according to their Christian faith, they put it on the side of Satan. It’s a nice way of not taking any ownership of the odious, deplorable activities of people on their side of the culture wars. That method of thinking has sustained this kind of witch-hunting demonology that Christians have put forward for some time, in which they can maintain that they are the ultimate arbiters of moral correctness and any time they go wrong, that says nothing about where their values have failed them or whether they should revise their thinking. They just conveniently relegate that to Satan.”

Perhaps Satan can flit through TV and film, but the fear of such a huge and complex metaphysical presence would overwhelm suspense fiction.

Emerald City Literary Agency agent Mandy Hubbard says while she’s hopeful the YA paranormal bandwagon will fire up again one day soon, she isn’t sure she’ll ever be quite ready to waltz with the devil himself.

“I rarely fall for demons/devils aside from the funny versions, a la Maureen Johnson’s Devilish,” she says. “I feel like angels go hand-in-hand with devils, and I can’t imagine selling an angel YA either.”

At least not in their physical forms. But demonic undertones? That’s something she’s staked an interest in.

“You can certainly sell a YA horror with a demon/possession sort of thing,” she says. “I sold an incredible book by Carolyn Adams which was pitched as Edgar Allen Poe meets The Exorcist. It will release next year from Simon Pulse.”

Adams, whose first book, Ruthless, dealt with a very different kind of evil than this Fall 2017 release, says, “In The Book of Ezra, the antagonist has invited evil into his life in a quest for power. Initially, his motivation was completely understandable and in many ways self-sacrificial and even heroic. But once you invite evil into your life, you quickly lose mastery of that evil, and that evil comes to master you. Regardless of your beliefs, I think this paradigm holds true. Initially, the glamor of evil is very alluring, hard to resist, and frankly, fun and empowering. But there is a tipping point, and once you cross it, it becomes a whole different game.”

A game in which the rules are ever changing. Because whether you call him Satan, Lucifer, Beezlebub, fallen angel, or the jerk who cut you off in the Starbucks line, the devil may be here—for writers, where you find him may just be in the details.