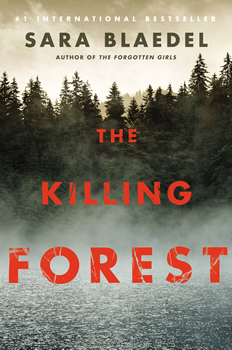 Known as the Queen of Crime in Denmark, Sara Blaedel is the author of the Louise Rick series, which just reached its seventh volume with THE KILLING FOREST. Louise Rick is a member of the Special Search Agency, an elite unite dedicated to finding the missing, and her search for a 15-year-old boy leads her to an ancient religious cult. We talked to Sara about the series, her writing career and the challenges she had to face as a woman writing about crime.

Introduce us to your main characters.

Louise Rick is a smart, hardworking, sometimes stubborn, independent woman, who takes her work as a police officer very seriously.  She’s human; she’s been through her own struggles and very difficult times, some of which she continues to work through.  She’s both extraordinary and an everywoman.  She commits herself, completely, to searching for the missing in Denmark, while bringing those who victimize them to justice.  Louise is curious and hungry to learn, like I am.  Her partner in work and now in love is Eik, a wonderful and decent guy, who is far more laid back than she is.  Louise adores her son, Jonas, once her foster child, and now a part of the family she can’t imagine living without.  And she gets great support from her dear friend, Camilla, a bright and spirited journalist.  Sometimes their professional paths cross and they join intellectual forces.

How much of you is in Louise Rick?

This is a really interesting question.  When I first conceived of and starting writing Louise, there was quite little of me to be found in her.  I was determined to ensure that she would be her own person, and so I was careful not to saddle her with all the things I wanted to be or already understood. But over the years, as she and I have evolved, more and more of my life has gone into hers.  As more of her own life has come into mine.  It works both ways.  We now even have the same dog.  But to be clear, we are two different women, doing two very different jobs.

Can you imagine the Louise Rick series existing if the protagonist was a man?

I can absolutely imagine Louise as a male protagonist.  I really embrace and love writing male characters like Eik, but there’s something quite different that happens with the female figures I write. Frankly, I’m not sure Louise’s stories, as I envision them, are set up for a man to drive, and I’m certain they wouldn’t play out as organically.

How much of your writing process is dedicated to research?

Research plays an extremely big and important role in my storytelling.  Authenticity is essential, especially in police procedural and stories that revolve around investigations.  I spend a lot of time when I am preparing each new book meeting with and questioning pathologists.  This has been such a rewarding part of the process for me, and I am lucky enough to call many of these amazing experts my friends.

Before I share my ideas with anyone else, I go straight to the pathologist.  We discuss forensics and the details surrounding crime-solving, as I always want to get it right.  And realistic. I share my vision and we work through my cases, as if they were real.  Which I really enjoy, and I learn so much!  I also have excellent relationships with members of the police force in Copenhagen.  One of the most memorable and meaningful compliments I’ve ever received as a writer came from a Detective Inspector, who told me I knew enough about police work that I could probably pass as his colleague.

If you had to choose between being realistic and being dramatic, which one would it be?

Realistic… always.  Real life is super dramatic, and it is essential for me to give my readers storytelling they can believe in.  Storytelling and plotting that could and does really happen.  Let’s face it, the scariest and most unforgettable tales are those which are possible.  I love the American saying, “The truth is stranger than fiction.”  It is!  And so, I always endeavor to capture and feature what is real, while I cook up the bits and pieces that support it.

What’s the worst review you ever got?

My absolute worst ever review was for my fifth book, Goddess of Revenge. It was personal for me, and is a story that I love very much.  In it I wrote about my own biggest fear, if some unexpected violence were committed against my son. If he were at the wrong place at the wrong time. I went deep and to my very darkest side, which left me feeling very vulnerable.  I was quite pleased with how it turned out.

Then, the day before pub day, one of our biggest newspapers here in Denmark completely panned it, giving me a terrible one or two stars.  Being reviewed before the release date almost never happens here. So, I was shocked and very upset. But after reading the review, it became clear to me that the critic had not read the whole book. It turned out that he decided to cover my book because he was so tired of all the female crime novelists who have been so successful. It was not my book that triggered his anger; it was me, and all the other Scandinavian female authors he was mad at. And because I was a big crime fiction name in Denmark, I guess he believed he could hurt all of us by hitting me.  I was deeply distressed, but the ending was happy.  Goddess of Revenge went on to receive five-star reviews the day after it was released.  And, to be one of my most popular books in the Louise Rick series.

This really hurtful episode turned into an incredibly rewarding experience for me.  My fellow authors/colleagues jumped into action on my behalf–I never had to ask them to.  They were outraged that this critic was attacking the author and not the work.  They could relate.  What made it all the more maddening was that the book was extremely well-received, everywhere, and garnered five stars.  The critic’s actions were a bitter pill to swallow, and so terribly obvious.  He had an agenda that had nothing to do with reviewing a book on its merits and value.  But, the support was amazing, I must admit.  I am still deeply grateful.  The outcome allows me to remember, most intensively, the positives:  the power of people coming together and having one’s back.  Which is a lovely thing. 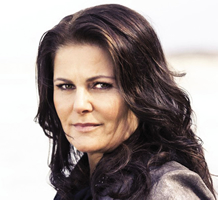 Sara Blaedel is the author of the #1 international bestselling series featuring Detective Louise Rick. Her books are published in 23 countries. She lives in Copenhagen, and was voted Denmark’s most popular novelist for the fourth time in 2014.