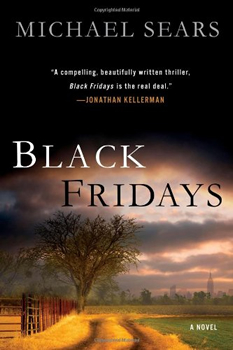 One of the greatest rewards I have found in this writer’s life is the knowledge that I have deeply touched someone through my work.  Those moments when someone comes up to me at a reading or panel or other public event, and tells me that some element of the father-son relationship in one of my Jason Stafford books moved them, are my reward for the long, often exasperating hours I spent writing those scenes.  So it is for all writers, I would assume.  But what makes the novels special is that Jason’s son (the “Kid”) is autistic.

How did I choose autism?  My personal relationship with those on the spectrum is limited.  Neither of my children is on the spectrum but if they were I wouldn’t use their experiences as entertainment.  A memoir, possibly, but never a novel.  No, in a way, autism chose me.  I wanted to present my protagonist with a relationship that truly challenged him to be a more open, loving human being.  He didn’t know that he needed it, but I did.  An autistic child was the only solution.  I never considered anything else.

Recently, I read an otherwise excellent book from the late seventies in which an offstage child character is referred to as “brain-damaged.”  The stress of dealing with this child—his behavior is described in detail—contributes to the dissolution of a major character’s marriage.  What was apparent to me, with the benefit of the medical community’s forty years of research and greater awareness thanks to various organizations, was that from every description this child was on the spectrum.  I don’t pretend to be a diagnostician, but what was painfully unclear to the author at the time, and, presumably to the readers, is now screamingly obvious.

When I first began reading up on autism, a few years before beginning the book that became Black Fridays, it was with a vague sense of curiosity, nothing more.  Here was the odd behavioral disability that was affecting large numbers of children (1 in 150 at the time) with a range of symptoms that ran the gamut from the non-verbal, non-communicative, and unreachable to savants like Tim Page, Temple Grandin, and Daniel Tammet.  Members of my extended family had been diagnosed as being on the spectrum, and I saw, from time to time, some of the difficulties they and their parents faced.    And I also saw how different autism could be.  While the overall symptoms were similar, the ways in which they were manifested was remarkably distinct, even unique.

And no one knew where it came from.  Was it environmental, genetic, microbial, or developmental?  Certainly, ineffective parenting wasn’t the answer, which for years was what the medical community proclaimed—they blamed the mother, if you hadn’t guessed.  And despite the claims of celebrities, charlatans, and the merely confused, we still don’t know.  There are plenty of possibilities, but none conclusive.  Researchers may be getting closer. There is hope.  But as of today there is no known cause of autism and no cure.

During the last fifteen years, as the Center for Disease Control monitored the numbers, there appeared for some time to be an explosion of new cases.  Incidence figures climbed each year for over a decade reaching 1 in 68 as measured by a constant methodology.  Many now believe that the bulk of this growth was due to increased awareness and better diagnostics.  This view is bolstered by the fact that the numbers have now plateaued.  Though other measuring methods give a slightly higher incidence, it is now generally agreed that approximately 2% of children in the U.S. are on the spectrum, a figure which closely resembles those in other developed countries.

What does this exploration of statistics mean to this author?  Two percent is a substantial number.  It’s not the plague, but it is not rare.  Most of us know someone who is intimately connected to autism, either on the spectrum or as a caregiver, counsellor, or other professional.  It is imperative that those of us not on the spectrum (“neuro-typicals” or “NTs”) have a better understanding and appreciation for this community in our midst.

I believe that every child is unique, and that holds for autistic children, too.  This actually gives me a bit of latitude in what specifics I want to include in the Kid’s personality.  But the fact that this condition is now so prevalent heightens my responsibility to “get it right.”

Do I get it right?  Readers tell me that I do.  I can give you testimonials, but if you’ve read any of the Jason Stafford books, you already have your own opinion. (And if you haven’t read one yet, please see your local independent bookstore owner or public librarian.)  The father-and-son scenes are my favorite scenes to write; and the scenes with other characters attempting to interact with the Kid are almost as much fun.  Whether it’s Skeli with catsup in her hair or the bodyguards losing a game of Chutes and Ladders, I am in there rooting for my guy, and enjoying everyone else’s discomfort.

One advantage that I have in writing about the Kid is that we see him only through the eyes—and thoughts—of his father.  The book that everyone recommended to me when I began writing about autism was The Curious Incident of the Dog in the Night, in which we experience all of the events through the eyes of an autistic boy. I loved it.  We saw the play this year.  I waited so long because I could not believe that someone could pull it off.  They did.  It was brilliant.  But I don’t do that—write from inside the Kid’s head.  My story of autism is about the effect it has on the parent, and tangentially, other characters.  This makes my job much easier.  Because it is much more difficult to write believably from inside the head of someone on the spectrum.

But writing about—and from the perspective—of the parent, that is something I can do.  That comes from the research I do—I focus on the personal stories, memoirs, etcetera, rather than the medical aspects—and from my own experience as a father.

I can’t know what it would be like to parent an autistic child.  I would not presume.  But I do know a bit about being a father to two boys.  Those experiences are as valid as any, and with a bit of expansion and creativity, I can produce a simulacrum.

There is a book on raising autistic children by Temple Grandin.  As I read it I came to the realization that her advice works for any parent.  Parenting an autistic child is no different, it’s just more.  Bigger.  With greater risks, less frequent rewards, and more frequent disappointments.  It requires total surrender to unconditional love.  (“Wait!  Doesn’t all parenting?  Isn’t that kinda what parenting is all about?”  Yes, but with an NT you can get away with faking it sometimes, can’t you?).  And if you can carry that off twenty-four/seven—an admittedly Herculean task—you may just see some results.

Children bite.  They chew on pencils and other weird things.  They get moody, have panic attacks, and throw tantrums.  Autistic children do those things too.  Only you may find them still biting at sixteen, not just chewing, but swallowing, a piece of furniture, and throwing tantrums when they are big enough, and strong enough, to cause real damage to themselves, their environment, their siblings, or their parent.  But the parent’s response must be the same.  Discipline, patience, restraint, and love.  Love, even when all the normal expressions of love, like hugs, kisses, and terms of endearment, are as likely to result in emotional explosions.

All right, so maybe it is different.  But it’s more the same than not.  Take the hardest moments of parenting an NT, multiply them by some factor, and make them last for years rather than minutes, and you’re just about there.  You need that well of unconditional love.

Temple’s mother refused to give up on her child, and something miraculous happened. Read one of her books, or check out the Claire Danes movie on Temple’s struggle, titled simply Temple Grandin.  Her story is incredible, though it is not unique.  I read testimonials just like it all the time.  There’re no guarantees, of course.  Some children will not be reached.  Miracles are rare; that’s practically definitional.  But love can be its own reward.

Which is something that Jason Stafford is just beginning to learn.  He makes mistakes; he succumbs at times to exhaustion, distraction, and despair.  But he learns to love his son, and maybe he is a better person for that.  That’s the story I love telling. 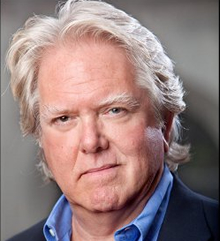 Michael Sears’ first novel featuring Jason Stafford and the Kid is the best-selling Black Fridays, a thriller with a financial twist.  Black Friday received the Shamus award and was short-listed for the Edgar and three other major prizes.  The critically acclaimed second entry in the series won the Silver Falchion at Killer Nashville.  The next, the Long Way Down, was described as “one of the best thrillers of 2015.”  Saving Jason, number four, is now available.