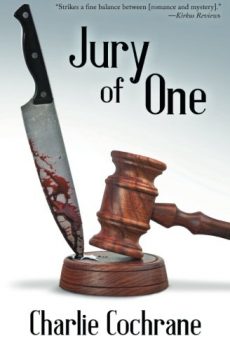 The second in the Lindenshaw mysteries, where the leafy villages of England do indeed conceal a hotbed of crime, murder, and intrigue.

Inspector Robin Bright is enjoying a quiet Saturday with his lover, Adam Matthews, when murder strikes in nearby Abbotston, and he’s called in to investigate. He hopes for a quick resolution, but as the case builds, he’s drawn into a tangled web of crimes, new and old, that threatens to ensnare him and destroy his fledgling relationship.

Adam is enjoying his final term teaching at Lindenshaw School, and is also delighted to be settling down with Robin at last. Only Robin doesn’t seem so thrilled. Then an old crush of Adam’s shows up in the murder investigation, and suddenly Adam is yet again fighting to stay out of one of Robin’s cases, to say nothing of trying to keep their relationship from falling apart.

Between murder, stabbings, robberies, and a suspect with a charming smile, the case threatens to ruin everything both Robin and Adam hold dear. What does it take to realise where your heart really lies, and can a big, black dog hold the key?

JURY OF ONE is available from Amazon, Amazon UK and Riptide Publishing.

“A writer of both mysteries and romances, Cochrane (The Best Corpse for the Job, 2014, etc.) strikes a fine balance between the two in story of professional meets personal—which should please those who don’t want to take either one too seriously.” (Kirkus reviews)

When not managing a rugby team—she writes. Her mystery novels include the Edwardian era Cambridge Fellows series, series, and the contemporary Best Corpse for the Job. Multi-published, she has titles with Carina, Samhain, Riptide and Bold Strokes, among others.

A member of the Romantic Novelists’ Association, Mystery People and International Thriller Writers Inc, Charlie regularly appears at literary festivals and at reader and author conferences with The Deadly Dames.