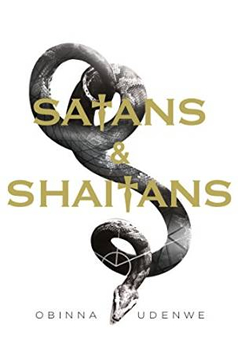 Tell us a little about you and your writing background

I come from Abakaliki, a rice-rich town in South Eastern Nigeria. I was born in 1988 in a small missionary hospital that I mention in Satans and Shaitans. I grew up in a university neighborhood and as a child experienced gang activities/wars and killings, armed robberies, political instability and incessant strike actions by teachers and civil servants. Perhaps my experience as a child in this environment prepared me to become a writer.

At secondary school, I had a drawing book and made sketches and inscribed stories beneath each one, and at some point I became the classroom storyteller, weaving lies immersed in intricate plots that captivated my classmates for hours.

Then my uncle returned from Kano, a city in Northern Nigeria. There had just been an intifada and he lost everything he had. He was living with us, jobless and penniless and he would listen every evening while I told stories to my siblings. He must have seen the business potential in the stories as one day he approached me and suggested that I write them down. I wrote the stories down but unfortunately he died during the process, but that’s what started me off in this direction.

Give us an overview of the plot of your book, SATANS AND SHAITANS.

It’s a conspiracy thriller set in Nigeria against the backdrop of the ongoing insurgency crisis. The book tells of a powerful secret organization, The Sacred Order of the Universal Forces, who are desperate to gain control of the political arena. They establish a terrorist organization in Northern Nigeria with the greater aim of using the terrorists to destabilise the northern Islamic religion, and cause enough trouble to impeach the President.

But the children of two strong leaders of the secret society fall in love. When one of them goes missing, all hell breaks loose.

There are also questions about who is funding terrorism in Nigeria, what their motives are and why they command so much force and military power.

How does your own experience of Nigeria come into the book?

I have traveled overseas but have lived all my life here in Nigeria so I have experienced first hand the cultural changes, the effect of religion on people’s behaviours and attitudes including on those of the government. I have experienced political instability and how bad the military regime was and how fast our democracy is growing both in quality and in concept.

I experience incessant power failures, insecurity on the highest scale, police brutality, extortion by both the security agencies and the church. In fact, just last week I was attacked by armed men and had the nozzle of an automatic pistol forced into my mouth. So there are everyday encounters while living in Nigeria that shape you and make you older than your age. 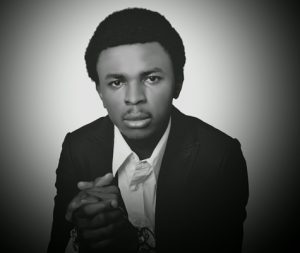 In SATANS AND SHAITANS, I have brought most of these experiences into the book. I tackle the failure of the Nigerian police to solve the disappearance, the connivance of security agencies with politicians, and how politicians and influential people use the police to achieve their own ends. I write about the frustrations of young people, of unemployment and dependence on parents and guardians. Even how a power company could be bribed to withdraw electricity for some time so that an assassination attack could take place.

You may also notice that most of the characters have Western names because Nigerians, especially those from the South, now see it as fashionable to discard their local names for the supposed ‘ear tickling’ Western names. So my experience of Nigeria enters into the book in so many ways and I don’t believe that any Nigerian in diaspora could have written the book the way it is.

The title, SATANS AND SHAITANS, gives a hint of the religious conflict between Christians and Muslims. How does this relate to the religious and political struggles in Nigeria?

Since the Nigerian civil war of 1967- 1970, the religious divide has increased. The North is occupied predominantly by Muslims and the South by Christians, even though the South Western part of the country (the Yorubas) have a great Muslim population. The ancient feud between Islam and Christianity that stretches back to the time of Abraham, Ishmael and Isaac, has taken root in Nigeria, strengthened by the different tribal affiliations of the constituents of the country, and the countless cultural and traditional differences that exist there in.

So the title of my novel is an unambiguous description of this divide between the north and south, the Igbos and the Hausas,the Ijaws and the Yorubas, the Christians and the Muslims.

What are the themes that keep coming up in your writing?

The themes of family and love and religion, and especially when loving relationships turn bad and the role the family plays in this. I’m not a very religious person, but I have this strong attachment to religion in my stories. I believe that the world has gotten to the level of deterioration it is in now due to the dogmas, doctrines, and the powerful influence of religion; just as people experience happiness amidst suffering and deprivations due to the promises of religion. Today, the people of the world are increasingly being divided, not along tribal and state lines, but along religious lines. There is also the theme of crime, perhaps because of the environment I live in and the experiences I bear witness to.

There are a lot of other books mentioned in SATANS AND SHAITANS. Why did you choose the ones included?

They are the books I particularly enjoyed reading, and books that changed my reasoning one way or the other at a particular point in time. Sandra Brown is one of my favorite authors, and I read her book Envy while writing the first draft of SATANS AND SHAITANS. It really captivated and intrigued me, which is why it plays a prominent role in the book.

The Beautyful Ones Are Not Yet Born is a book that almost every secondary school pupil in Nigeria has read. It’s a popular book here and most people remember it with nostalgia, associating it with their high school days, so I wanted to bring the same feeling into my book.

What other thriller authors/books do you personally enjoy reading?

I enjoy reading P.D. James for her control of plot and I quoted her in SATANS AND SHAITANS. I love Luis Miguel Rocha’s books especially The Last Pope, as he fuses reality so effortlessly into fiction. My Dad introduced me to Frederick Forsyth and I think I have read all his books. He’s bold and daring, as daring as Mario Puzo. There are lots of crime thrillers coming out of South Africa now, but I think that African authors need to do more thrillers.

Satans and Shaitans is out now in Kindle edition, and available for pre-order in paperback. You can find Obinna on Twitter @udenweobinna