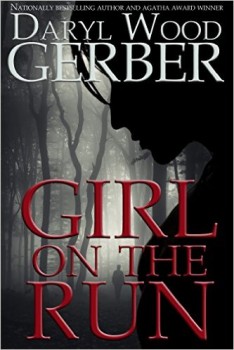 When a fairytale fantasy night becomes a nightmare, Chessa Paxton must run for her life…but will the truth set her free?

Chessa Paxton, an event planner in Lake Tahoe, celebrates a successful night at the Happily Ever After Ball, but her dream quickly becomes a nightmare when she wakes up beside the body of her dead husband. Nauseous and confused, feeling as if she’s been drugged, she can’t explain to the sheriff why her princess costume is bloodied. With her father already a convicted murderer, she feels invisible shackles ratcheting onto her wrists and ankles. She runs! But she can’t escape vivid flashes of memory: a massacre in a meadow; men and women in fairytale costumes; Snow White’s dead body shielding her from bullets.

Though Chessa is a former costumer and adept at disguise, she quickly learns that hiding while trying to prove herself innocent is the most difficult task imaginable. Especially when the sheriff wants to throw her in jail and the real killer wants to silence her forever.

GIRL ON THE RUN is available from Amazon.

“A twisting tale of family secrets with a shocking murder at its core and a wicked ending that will keep you turning the pages until the end.” Jamie Freveletti, internationally bestselling author of Running From the Devil.

“From the first line, I was hooked as Chessa’s fairy-tale fantasy night morphed into a nightmare. GIRL ON THE RUN had everything I look for in a thriller: captivating characters, provocative twists, and a story I’ll be thinking about for weeks. Daryl Gerber Wood has crafted an enthralling tale of betrayal, love, and justice.” ~ Debra Smouse, Life Coach & Author of Create a Life You Love

Agatha Award-winning and bestselling author DARYL WOOD GERBER ventures into the world of suspense with her debut novel, GIRL ON THE RUN. Daryl also writes the Cookbook Nook Mysteries, and as AVERY AAMES, she pens the Cheese Shop Mysteries. Fun tidbit: Daryl jumped out of a perfectly good airplane and hitchhiked around Ireland by herself. She loves to read and has a frisky Goldendoodle named Sparky. Visit Daryl at www.darylwoodgerber.com.