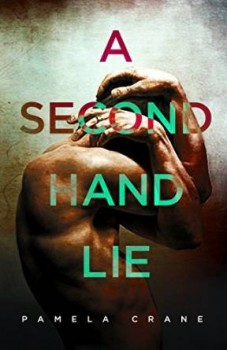 I found her in our living room, bleeding and close to death, but alive. Barely. Until morning stole her last breath. The media called her killer the “Triangle Terror” … and then forgot about her. But I never forgot—my murdered sister, and an investigation that led to my own resurrection from the dead.

Twenty-two years ago, on a cold February night, Landon Worthington lost his father for the last time. After an armed robbery gone wrong, evidence and witness testimony pointed a shaky finger at Dan Worthington—deadbeat dad and alcoholic husband. But before the dust could settle over the conviction, Landon’s preteen sister, Alexis, is murdered in their home, plunging Landon’s life into further despair.

Two decades and a cold case later, Landon is dogged by guilt over their estranged relationship and decides to confront his incarcerated father-of-the-year about what really happened the night of the robbery. But the years of lies are hard to unravel. And the biggest question of all haunts him: How does everything tie into his sister’s murder?

And so begins Landon’s journey to piece together the puzzle of secrets, lies, and truths that can free his father, avenge his sister, and perhaps save himself.

A SECONDHAND LIE is available from Amazon, iTunes and Kobo.

Pamela Crane is a professional juggler. Not the type of juggler who can toss flaming torches in the air, but a juggler of four kids, a writing addiction, a horse rescuer, and a book editor by trade. She lives on the edge (ask her Arabian horse about that—he’ll tell you all about their wild adventures while trying to train him!) and she writes on the edge. Her characters and plots are her escape from the real world of dirty diapers and cleaning horse stalls, and she thrives off of an entertaining tale.

She is the author of the best-selling psychological thriller “The Admirer’s Secret,” Amazon top 20 short story “A Fatal Affair,” and her latest releases “A Secondhand Life” and “A Secondhand Lie.”

To pick up a copy of a FREE book, or to find out more about her chaotic existence, visit her website at www.pamelacrane.com.