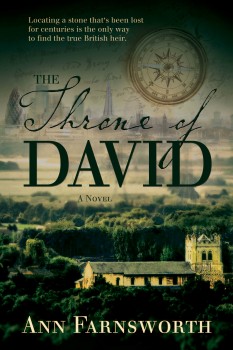 I found the idea for THE THRONE OF DAVID while reading the Old Testament—and knew it was a high concept idea from the very first. Understanding the scope of the story helped me stay focused as I wrote the manuscript, and when I sent out queries, two of them, both agents wanted the book. I’m convinced it was the high concept element that got their attention.

I can hear you asking, just what is high concept and how do I incorporate these ingredients into my writing?

The reaction you want when an agent reads your synopsis is: “Why didn’t I think of that?” or “Why hasn’t somebody written about this before?” Or, “You tell me your amazing idea, and then I decide I have to kill you so I can steal it!” When people light up after you tell them about your book, you know you’ve got them. This is what high concept is all about.

The essential elements of a high concept book are:

You need an idea that will be talked about. One that generates excitement and compels people (agents, publishers and readers) to get involved. A great idea has structure that can be described and learned.

Simply put, a high concept is an intriguing idea that can be stated in a few words and is easily understood by all. Take this sentence: An asteroid the size of Texas is speeding toward earth. That is definitely high concept. It arouses an emotional response, and, using only ten words, tells us exactly what the book/movie is about.

THE THRONE OF DAVID is a historical thriller along the lines of The DaVinci Code or Raiders of the Lost Ark, involving a religious artifact, murder most foul, and a mystery surrounding the king of England. I thought about contacting Dan Brown with the idea that became THE THRONE OF DAVID, but I finally decided to figure out how to write it myself. It was a little daunting to write such a towering book for a first novel but writing it became an adventure in itself.

Being able to reduce your idea into something powerful that can be expressed in a few words forces the writer to come to terms with what the story is really about. If the idea is too complicated and is difficult to explain or understand, it may never reach the people who make the decision to publish or produce your work.

High concept books use hooks and compelling plots to give the story wide, mainstream appeal. Commercial fiction often has the ‘wow’ factor. If you can summarize what happens in your novel is a single, succinct sentence, and people ask where they can buy it, you might have a high concept book. Plot drives the story, and character choices and actions create drama that propels the reader forward with urgency.

If you aren’t sure if your story is high concept, try to categorize your book by comparing it to other books that are similar and are easily defined as high concept.

A great title not only tells the audience what the story is about, it reveals the genre. The title prepares us to experience the feelings associated with each type of genre—thrillers, mysteries, love stories, adventures, and so on. Each of these different genres propels us towards a unique emotional adventure.

The fourth element is THE big problem to be solved, the reason for the story, and the reason action has to be taken.

An asteroid is about to collide with the earth. A serial killer is loose in the neighborhood. A baby is left on a doorstep. An invading army has to be confronted and defeated. An erupting volcano has to be escaped from. A man-eating shark has to be destroyed, and so on.

You will know it is a big problem if action has to be taken and taken immediately.

Great stories are about problems and once the writer introduces us to the problem, the problem must be resolved. It is the essences of any story, no matter how big or small. Every character will somehow be involved in that problem. Everything that happens will, in some way, affect the outcome of the problem. Revealing how that problem was created and how it will be resolved is the heart and soul of every story.

Of course, you should write what you enjoy reading. Read the classics in your genre, and read the most recently released books in your genre so you know what is selling. If you enjoy reading high concept books and decide to attempt writing one, it is imperative that you think big and then write with sweeping, satisfying language. The crux of the matter is a big idea and making sure your idea will appeal to a vast audience of readers. Follow with a great title and be sure you introduce a big problem. Including all these elements will help you create a great story, and will help you sell your story on the front and back ends. Selling first to agents and a publisher, and then to booksellers and finally, readers and moviegoers. 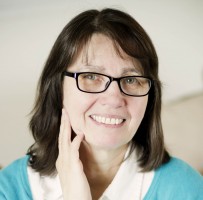 Ann Farnsworth came to writing late, as she was busy raising a family of 10 children and devouring books on the side. Her youngest is now eleven and the stories that have been clamoring for attention these last 25 years are finely going to be given a chance at life.

If you take Ann Farnsworth’s love of history, her admiration for truly great story tellers and a devotion to precise, descriptive vocabulary. If you add to those interests a true devotion to memorable characters it seems as if her book, ‘The Throne of David’, is almost an inevitable conclusion.