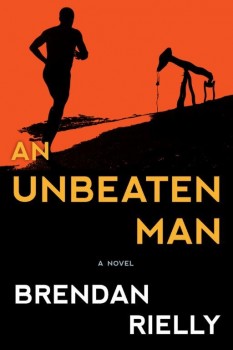 Brendan Rielly graduated from college with a major in Government and Legal Studies—but as is the case in his family of storytellers, his heart led him to fiction writing at Notre Dame and his first novel, AN UNBEATEN MAN.

This month Rielly answers a few questions for The Big Thrill about what it was like to write his first thriller, and what comes next for the characters, and for the author.

Tell us about AN UNBEATEN MAN.

Michael McKeon is a microbiologist at Bowdoin College who discovers a microbe that consumes oil and turns it into natural gas. Because of the potential to unlock difficult-to-tap oil reserves or to clean up huge oil spills, this should be a breakthrough that defines a career, but instead, Michael’s life is ruined when The Global Group kidnaps his wife and adopted daughter to force him to weaponize the microbe and deploy it against Russia and Saudi Arabia, destroying their oil reserves and crippling those countries. Still haunted by the deaths of his parents and sister when he was young, Michael will do anything to save his wife and daughter, even if it means undermining the efforts of the United States, Russia, and Saudi Arabia to implement a Middle East Marshall Plan, unleashing global chaos.

A microbe that can destroy Russia’s and Saudi Arabia’s oil is an intriguing idea. What did you do to try to get the science as correct as possible?

A lot of research. I’m an attorney, not a scientist, but I never wanted to write a legal thriller. The idea of a microbe that could destroy oil jumped into my head and wouldn’t get out, so I began digging and found some lab research into a microbe that could consume oil in the Canadian tar sands and release natural gas as a potentially cleaner way to develop that energy resource. The idea of weaponizing that development is, fortunately, just mine. I did a ton of research and worked with professors from Bowdoin College, the University of Southern Maine, and the Max Planck Institute in Germany. I think I may have worried the German professor because every time he would answer a question, he would caution me (and reassure himself): you know, you can’t really do this, right?

The action in your thriller spans the globe. How important is location to you?

Crucial. One of the things I love most about thrillers is that they take me to places that I may never get to. In this book, the action moves from Bowdoin College’s deceptively tranquil campus in Brunswick, Maine to a hidden laboratory in the United Arab Emirates; to Abqaiq in the desolate and unforgiving Empty Quarter; to the bitter isolation of the Sakhalin Island oil fields off Russia’s far eastern coast; to the streets and Metro stations of Moscow; and to the final showdown in an isolated dacha outside Moscow, where Michael McKeon may not survive the ultimate betrayal of discovering who is really behind The Global Group.

The place makes the person and the Saudi desert and Russian taiga form many of the characters that Michael encounters.

Michael McKeon is a damaged and somewhat difficult person. Was there a reason you wrote him that way?

We all have scars, that’s part of what gives us character and makes us unique and interesting. Michael may have more scars than most. He had a horrific childhood and has never recovered from the fact that, he believes, people die when he’s not watching. His parents and sister died violent, drug-related deaths, leaving Michael alone as a young teenager. He was rescued at a teen center by a Bowdoin College professor who became his mentor and friend and who plays a prominent role in this plot. Years later, his family’s deaths still haunt him. When his wife and adopted daughter are kidnapped by The Global Group, he will do anything to save them. As one of the characters says about Michael: he’s in Hell and he’ll do anything to get out.

Because of the abuse he suffered, Michael draws lines in his life, he either loves or hates, which complicates his relations with others. His scars give the potential for growth and even rebirth, but it will be painful, as we see in AN UNBEATEN MAN, and as further develops in the second installment.

How did AN UNBEATEN MAN get published?

That’s a nice story. I wrote AN UNBEATEN MAN a few years ago and then set it aside to help my son, who was in high school at the time and was working on his first book, which Down East published during his senior year. Neighborhood Heroes: Life Lessons Learned From Maine’s Greatest Generation was a collection of life lessons learned from twenty-six Maine WWII veterans. While my son and I were in New York at the Book Expo of America, we met his publisher. They were talking about Morgan getting a book published in high school and his grandfather having written a number of books and teasing me for being a slacker. Morgan jumped in and told them about my book and they asked to see it. So, taking a break to help my son also ended up getting my book published!

I’m working on the second book in this series. It picks up three months after AN UNBEATEN MAN ends. Michael has refused to join the newly-formed Energy Security Agency. When an Iranian scientist reaches out for help, Michael rebuffs him, only to find himself caught in the midst of a nuclear smuggling network that leads directly into the top secret Iranian military nuclear program. Michael finds a kindred, scarred spirit in the Iranian scientist’s niece, who may help heal some of his scars—but a new threat to Michael also looms. 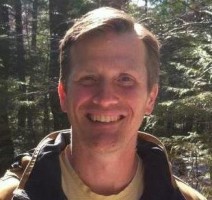 Brendan was born in 1970 in South Bend, Indiana and moved to Maine (land of the authors) when he was seven. He graduated from Bowdoin College in 1992 with a major in Government and Legal Studies and a minor in Russian then graduated from Notre Dame Law School and is chair of the litigation department at Jensen Baird in Portland, Maine.

While at Bowdoin, he wrote for The Times Record, the American Journal, and The Bowdoin Orient. At Notre Dame, he studied advanced fiction writing. He is a member of Maine Writers & Publishers Alliance and International Thriller Writers. This is his first novel of the Michael McKeon series.

He lives in Westbrook, Maine with his wife and three children and has served on the Westbrook City Council for fourteen years, the last ten as president.

He is the slacker (last published) in three generations of writers. His father, Edward Rielly, has written numerous books, particularly nonfiction and poetry. His son, Morgan Rielly, had his first book published as a senior in high school! Neighborhood Heroes: Life Lessons Learned From Maine’s Greatest Generation, a collection of his interviews with Maine WWII veterans.