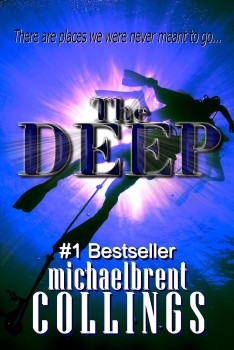 There are places we were never meant to go…

A woman searching for a sister lost at sea. A man bent on finding lost treasure. A mother who has lost all hope. A maniac who believes all life exists for his pleasure. The man who would keep them all safe.

Together, they will all seek below the waves for treasures long buried, and riches beyond belief. But those treasures hide something. Something ancient, something dark. A creature that exists only to feed on those that would enter into its realm. A creature… of The Deep.

“…a great novel with terror in the depths of the ocean, and intense moments that kept my mind active all throughout…. Highly recommended!” – Horror After Dark

THE DEEP is available from Amazon, iTunes and Oyster.