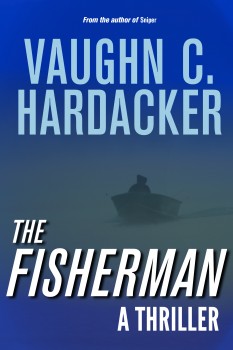 Vaughn C. Hardacker is a writer of five novels and numerous short stories. Sniper, his first novel, was selected as a finalist in the Crime Fiction category of the 2015 Maine Literary Awards.

In THE FISHERMAN, homicide detective Mike Houston returns for a second outing. When an elderly couple recruits his partner, Anne Bouchard, to help locate their missing granddaughter, the two take up the hunt. Where they expect to learn that the girl has gone off on a romantic interlude, they soon discover that there is much more than meets the eye. Not only is the granddaughter missing, but dozens of women have disappeared before her—and each disappearance is somehow linked to someone called The Fisherman. The case will lead Houston and Bouchard from the streets of Boston to the wilderness of the north Maine woods.

Where did you get the idea for THE FISHERMAN?

The idea came from my late wife Connie. She had accompanied me to Vancouver and fell in love with the city. She came across the case upon which the book is loosely (very loosely) based.

Some of the reviews suggest that this book is not for the faint-of-heart, that it’s a violent book. Is it?

My protagonists are former police officers who have dealt with violence for most of their adult lives, and another of my major characters, Jimmy O’Leary, is a gangster. These are all people who live with violence. The challenge was to make their world as realistic as possible without including a lot of gratuitous violence. So, the short answer is yes, there is violence. Which I tried to offset with a more human side of each of the major characters. Heck, even my antagonist has some, no matter how minor, redeeming features.

Your book is set primarily in Boston, but you live in Northern Maine, so how did you research your settings?

I grew up in Caribou, Maine, but lived in the Boston area for over fifteen years, returning to Maine after cancer took my wife of thirty-six years. I have walked every Boston location in the book and have hunted or hiked through the northern Maine woods from which I drew the scenes of the hunt. I have drawn on actual locations (Howe Brook Village does exist and the history as mentioned in the book is accurate) to keep the story true to the spirit and life styles of those people who inhabit the less populated areas of our nation.

You have two protagonists in your book, Mike Houston and Anne Bouchard. Since Mike is an ex-military man like yourself, was he easier to write? What are the challenges of writing a pair of detectives like this?

Actually, I found both of the characters to be equally difficult to write, although Mike’s mental processes more closely parallel to mine. I did, however, seek help from several women in the formulation of Anne’s personality and to get a better perspective on how women cope with pursuing a career in a predominantly male field. I can’t speak for all male authors but I find dealing with the emotional aspects of a female character to be very challenging. I’m thankful that I’ve had several women (my late wife, Connie among them) who read my work and said, “This is bull…” I learned a long time ago that the important people in my life tell me what I need to hear, not what I want to hear.

Is there a third book in the pipeline? And if so, can you tell us a little bit about that?

I am currently working on a number of projects. The cast of Sniper and THE FISHERMAN are included in one of them. My publisher and I have just finalized a contract for another novel, The Black Orchid, which features another character. A wealthy family hires my protagonist to find their missing daughter from whom they have had no contact in several months. The hunt will lead my team from New England to California and Mexico and Canada.

A couple of Maine-specific questions. Some of us were talking recently about the dark side of Maine, and how it leads naturally to the writing of crime novels. Do you feel that Maine plays a role in how you look at crime? Is there something about the rural nature, or our character, or the way people live closer to the land, or more isolated lives, or have to scramble for a living that influences you as a writer?

I think there’s an element of truth in all of what you say. I also think that Maine has more than its share of people with low self-esteem, so we always seek out and are fascinated by the darker side. All one has to do is look at the most famous writer ever to come from our state—he writes horror. I can’t speak for the southern part of the state, but up in the county winter is four-fifths of the year (you are either living in it or getting ready for it), and there has to be a lot of things that go bump in those loooong winter nights. What better time to write about a heinous crime than at night with the wind howling and snow blowing up a real jeeser of a noreaster?

Can you share with our readers a particular Maine place that’s special to you that most people might not know about?

One of the places that has fascinated me is Howe Brook Village, where the hunt for the fisherman leads Mike and Anne. During the late 1950s and early 1960s, the north Maine woods was infested by a parasite called the Spruce Budworm. In an effort to save the valuable wood that the worm was destroying, the lumber companies opted to cut all the timber upon which it feasted. They put a general store/restaurant/hotel on flatbed railroad cars, and on the north shore of St. Croix Lake built a small settlement where Howe Brook enters the lake. After they had cut all the timber worth taking, they tore down the building, loaded it back onto flatcars, burned anything they felt was disposable, and moved up the line to a new location. I had learned of the village and decided to visit. I drove thirty miles into the woods and suddenly came to the tracks of the Montreal, Maine, and Atlantic Railway (formerly the Bangor and Aroostook Railroad) and a sign stating I was entering Main Street. There are buildings (one of which was the model for Ernestine Fischer’s cabin) still there and I spent a day walking the area that would later be the location for one of the climactic scenes in the book.

Thank you, Vaughn. This has been an illuminating chat. I can’t wait to read THE FISHERMAN. 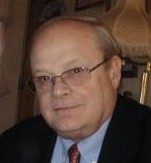 Vaughn C. Hardacker is a has completed five novels and numerous short stories. He is a member of the International Thriller Writers and the New England Chapter of the Mystery Writers of America and has published short stories in three anthologies: Mouth Full of Bullets; Best of Year One, My Teacher Is My Hero, and Deadfall, Level Best Books’ sixth annual anthology of New England crime and mystery stories. His novel, SNIPER, was released by Skyhorse Publishing in February 2014 and his second, THE FISHERMAN, is slated for release on June 2, 2015. He is a veteran of the U. S. Marines and served in Vietnam. He holds degrees from Northern Maine Technical College, the University of Maine and Southern New Hampshire University. He lives in Maine.