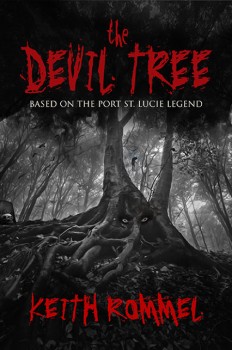 Port St. Lucie— situated in St. Lucie County, Florida—sports beautiful weather, parkland, a PGA Tour golf club and…a Devil Tree. You won’t find that part in Wikipedia but back in 1977, bones were found buried under the tree, and ropes still tied to the tree itself. The deaths are attributed to The Killer Deputy, so named because th accused was an officer of the law. While the story itself is not fully substantiated, there is enough detail to allow a legend to have grown around this tree, and the killing, raping and torture of many young women.

But that’s not all. Added to this is the story that, when the surrounding area was designated for Parkland and the tree ordered to be cut down, strange things began to happen. Chainsaws refused to start, so the crew brought new chainsaws, and these also wouldn’t work. They tried logger saws, but the teeth sheared off or broke. They also tried an axe, but it bounced off and killed the person swinging the axe. Since then, there have been haunting sightings and the tree has gone down in American folklore. Legends are born from far less, and yet this isn’t a well-known story—until now.

Okay, enough of the history lesson. Interesting and worrying as the above is, it’s a child’s story compared to what Keith Rommel proposes in his new novel, THE DEVIL TREE. Rommel will be known to a number of you as the author of The Cursed Man novel and film, a strange and well-written investigation into madness, death, and their association with an insane killer. In THE DEVIL TREE, Rommel lays out his own interpretation of the legend and true history. After reading it, I can say I won’t be going on any picnics in Florida, especially near any trees, for quite some time.

The novel is short, more a long novella, however your nerves will be thankful for this as the writing begins at a snappy pace and ramps up from there. The story starts in the past with a horrifying tragedy, and then comes to the present, with a lone fisherman making a horrific discovery under the canopy of the tree. From there, the investigation continues in the present, peppered with returns to the past to flesh out the history.

The writing is sharp, with short sentences creating a blistering pace that builds to a crescendo that merges legend, backroom theories, and accepted rumors to create a frightening “true” history of what did (or could) have happened. The characters are realistic, the dialogue accurate, and the procedural elements as authentic as any aficionado of crime novels would expect. The tone is creepy, with the evil bound to the tree having far-reaching effects on those who live near or come in contact with THE DEVIL TREE.

Rommel took some time out from his busy schedule to answer a few questions for The Big Thrill.

I normally write an outline before I even begin to write. The outlines are high level and I fill in the details as I write through several drafts. If the characters start to veer from the outline, I allow it to happen and adjust the rest of the story around the natural changes. Most times I’ve written and rewritten a story about seven times before it’s ready to go to the publisher and seldom does it ever stay on the initial outline.

The style appears to be very visual, in that I can see your inner screenwriter coming through— was that on purpose or did the story just come out that way? Is there a movie we should know about?

The way I approach most of my stories is with the idea of it being easily adapted to go to screen. I also think this is a great way to inspire the reader’s mind’s eye to see what is actually happening.

My hope is to see THE DEVIL TREE adapted to film, but right now I have nothing to announce.

This is a tough question for me.

I love e-books, but I think the whole e-book craze, where any author could push their work out there, quality or not, has created a buyer-beware sort of scenario. I think that has damaged the ability for some traditional and even quality self-published authors to get in front of a new audience. I am hopeful the business will continue, weed out the lower-quality products, and allow the gems that have been hidden by an overcrowded market to surface.

What was it about the old legend that brought you to write the story?

The legend that surrounds The Devil Tree is so intriguing that when I first heard the story behind the legend, I had to see the tree for myself. I can tell you the tree is absolutely huge and bears all the marks of the legend. Once I saw that, I was so energized to write a novel about the legend, I went from outline to a final draft in four weeks.

Along the way, I discovered that the passion people have for this tree and the legend is amazing. I have spoken to plenty of people that not only believe the legend is real, but they speak about this ancient oak tree, dripping with Spanish moss, as if it were an actual person.

I also need to share the fact that I’ve had some weird experiences along the way. I’ve had a local threaten me to not write about the tree. I was told that I don’t understand what is there and that “he” uses an Ouija board there frequently to communicate with the dead. He also hinted at the presence of a satanic cult. Also, a local historian asked me to leave the tree alone and not to expose the legend. I even had a pastor telling me to stay away, that the tree and the things that might have gone on there were to be left alone. I found this all to be very interesting, especially being that this is just a legend— or maybe I began to think that there’s something more to it.

Have you seen the tree and did you get too close?

I went to the tree several times, and I do a high level overview of the legend in a short video I shot of myself at the tree. You can find the video on my website’s landing page, where I show the markings on the tree and describe how they coincide with the legend.

As a side note, I personally didn’t “feel” anything while I was at the tree. The countless people I’ve spoken to seem to have a commonality. They all speak of an addiction to go to the tree and describe it as having a pull inside to visit on a daily basis.

This did not happen to me as I was visiting the tree and getting the lay of the land to try and depict the actual surroundings with accuracy. I don’t doubt the people’s sincerity in what they were telling me, either.

My ability to get inside your head will come fast and I will captivate you, surprise you, and play on your emotions. As you try and piece the puzzle together, I will change directions in a sudden, hard pulled yank that will have you thrown for a loop and get you reading at a frantic pace. Guaranteed.

I do read and like Iris Johansen, Hunter Shea (my buddy), Nelson Demille, Stephen King, Anne Rice and many other popular authors. Since my writing schedule has become so aggressive, I’m finding I’m only able to squeeze in about three books a year.

The remainder of 2015 will see the release of The Cursed Man motion picture, which is based off of my first novel. I am the co-screenplay writer of the movie and was involved in a lot of the creative process, which included helping to pick the actors, as well as viewing scenes after they were shot, and providing the producer with my thoughts. It was a wonderful experience and I look forward to the film’s release.

Also, I will be releasing an immediate sequel to THE DEVIL TREE entitled The Devil Tree : The Calling, coming this August.

The fourth book in my Thanatology series (this series is a great mind game in the psychological suspense genre) titled The Silent Woman will be coming out this September, just before the movie release. I will also be finishing off my Cultures Collide series (crime) with the release of the second book this November. 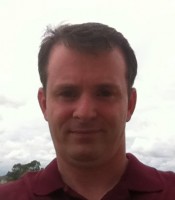 Keith is an award winning author and screen writer. His writing has been called, “Horror for the curious mind.”